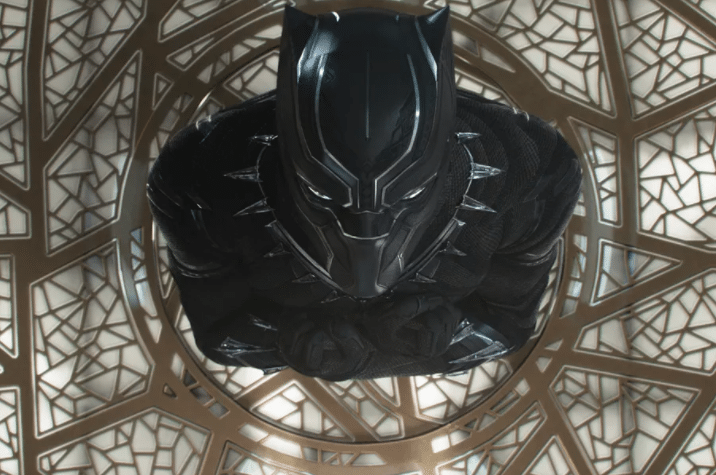 How 4 Influencers Redefined ‘Black Panther’ for a New Generation

Ahead of today’s official opening, Marvel’s long-awaited “Black Panther” has already shattered box-office pre-sale records and is shaping up to be the most successful movie with an almost all-black cast ever released.

Much of the movie’s success at representing powerful black characters on screen comes from the fact that its story takes place in the fictional African nation of Wakanda, which was never colonized, and as such has become the most technologically advanced nation in the world.

The source comic was not always as infused with such resonant ideas about racial identity, class and power, nor was it tied to the Black Panther movement, as many have assumed. The first issue of “Black Panther” arrived in July 1966, three months before the eponymous movement was founded by Bobby Steele and Huey Newton.

This hasn’t prevented the film’s stars and influencers from embracing the movement’s aesthetic, though, both on screen and in promotion for the film. So, here’s a look at the influencers who helped reframe Black Panther’s identity as a powerful avatar for black representation on the big screen.

MacArthur Genius and National Book Award winner Ta-Nehisi Coates rose to influencer status following his personal essay on the 2015 Baltimore riots for The Atlantic, and has become one of the leading black intellectual voices of our generation.

That’s why it was an inspired choice for Marvel to tap Coates, a self-confessed comics fanboy, for its reboot of the Black Panther comic book series in 2016. By encouraging Coates to insert deep layers of political subtext and nuance into a work of pop culture, Marvel made sure “Black Panther” doesn’t suffer from any of the cultural ignorance that tends to plague big studio projects.

Asked to what degree Coates’ reboot of the comic book series influenced the film, director Ryan Coogler credited Coates with reframing the political narrative undertaken by the film.

“[Panther] sees himself as a politician, as a leader in his country,” he told Vulture. “It just so happens that the country is a warrior-based nation where the leaders have to be warriors, as well, so sometimes he has to go fight. If you look at that, anything that’s happening in the world right now, or in the world in the past, in the political realm and how people deal with each other, it can be an inspiration.”

What’s more, Coates is presenting his latest collection of essays about President Obama, “Eight Years in Power,” alongside screenings and Q&As of the film.

Coogler has earned acclaim for similarly looking at nuanced issues of race with his prior films, 2013’s “Fruitville Station” and 2015’s “Creed.” Off the screen, Coogler’s also become one of the most prominent civil rights activists of our time.

As the founder of the activist collective Black Out For Human Rights, he organized with fellow filmmakers and artists to shine a light on various human rights issues in the United States. The organization has also served as a grassroots marketing initiative for “Black Panther” with posts like this one, showing young kids recreating character portraits from the film’s promotional materials. Black Out also bought out screenings of the film for various schools, including Atlanta’s Ron Clark Academy, encouraging them to use the hashtag #BlackPantherSoLIT.

In an inspired cross-platform move, the movie’s official soundtrack is curated and produced by Kendrick Lamar and Anthony “Top Dawg” Tiffith, the CEO of Lamar’s label, Top Dawg Entertainment. This decision has vastly expanded the amount of outlets and publications covering the film’s release and is yet another example of Marvel’s artfully executed rollout strategy, appealing to its core youth demographic by partnering with the coolest, most socially minded rapper in the game.

Lamar has also followed Coogler’s lead and is screening “Black Panther” for resident kids in the Watts Houses where he grew up. Youths from the Nickerson Gardens, Jordan Downs and Imperial Courts Projects can reserve a seat by visiting their respective housing development offices.

Though he plays Black Panther’s nemesis, Erik Killmonger, actor Michael B. Jordan exists in the minds of many as a hero. Jordan has partnered with PepsiCo and Unilever’s Brisk iced teas to launch The Creators Class program, which recruits industry leaders to mentor and collaborate with up-and-comers in the urban arts community.

To commemorate the partnership, Jordan has partnered with Brisk to produce a short video highlighting his process of transformation into the Killmonger character for “Black Panther.”

“The goals of the Creators Class initiative are very much aligned with the spirit of our movie,” said Mindy Hamilton, Marvel’s senior vice president of global partnerships and marketing. “We’re ecstatic to share Black Panther’s story with the world and to partner with Brisk so that the film’s release can serve as a catalyst for bringing new artistic visions/voices to light.”