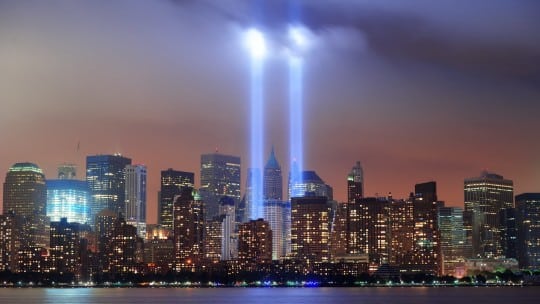 9/11 Commemorations From Brands on Social: Respect and Restraint Rule the Day

On Sept. 11, 2017, many organizations took to social media to make some sort of post commemorating the terrorist attacks of 2001. Most of them were some variation on the post below:

Today we remember, reflect and honor all those affected by the events of 9/11. #NeverForget pic.twitter.com/3wtJmtWTNr

A photo of the “Tribute in Light” at Ground Zero, short words of remembrance, appropriate hashtag: These were the three main ingredients. And with good reason. Marking any tragedy, let alone one of the most tragic events to happen in the history of the United States, is not a time to make it “all about you.” For your average organization, this sort of tweet, while nothing groundbreaking, is appropriately somber and respectful.

In a few cases it is a good idea to insert your brand into the message is if you have something of value to offer that is intrinsic to the brand (and you have a clear-eyed perspective on what “value” means to the public). For example, NASA provided some unique images of Manhattan and Washington, D.C. from the International Space Station:

#NeverForget those lost on #September11th. Here are recent views of NYC & DC from @Space_Station. We remember: https://t.co/dumqwjiDFS pic.twitter.com/l2kcIhJ8Sg

The History Channel linked to a story as part of its #ThisDayinHistory series, a fully on-brand tie-in that offered readers an overview from a well-known name in American history:

The account for the Statue of Liberty National Monument, run by the National Park Service, offered its readers comfort in the powerful symbolism of one of the nation’s most enduring icons standing watch over New York City:

They can tear down our buildings, but #Liberty will always be here in the harbor, protecting us. #neverforget #911 pic.twitter.com/obz6PGHfb0