Six months after the revelations surrounding the illegal harvesting of user data to manipulate public opinion ahead of the 2016 presidential election, the public’s trust in social media still suffers and companies and individuals have changed their online behavior in response, Statista reports.

According to a recent Pew Research survey, more than half of Facebook users in the United States changed their privacy settings in the past 12 months, four in 10 took a several-week break from Facebook within the last year and more than a quarter of respondents deleted the Facebook app from their phone. 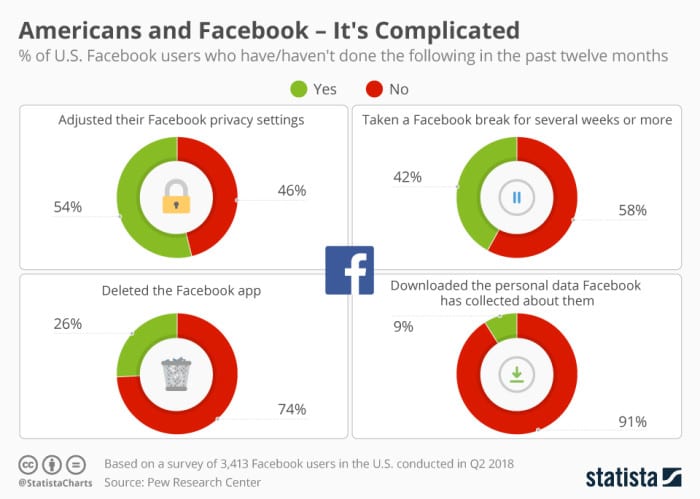