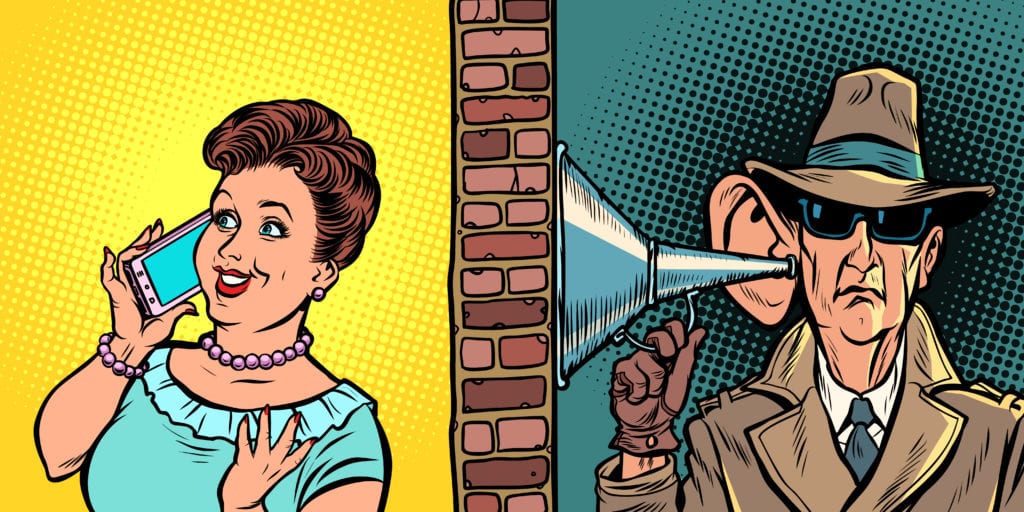 Have you ever thought, “Instagram really knows me! The ads they serve me are spot-on.”

Your next thought might have been, “The ads are so good, it’s almost like they’re listening to me.”

You wouldn’t be alone. Even Oprah’s bestie, Gayle King, had to ask Instagram’s Adam Mosseri in an interview on CBS News if the platform (and its parent company Facebook) really is listening in on our verbal conversations.

Of course, Mosseri said they aren’t. There’s been debate as to whether it’s technically possible; suspicious Reddit threads and articles abound. But Facebook continues to deny it. The question is, do we believe them?

I mean, it’s not like they’ve lied to us before. It’s not as though they accepted payment in Russian rubles and “didn’t realize” it was for a misinformation campaign to influence elections. And they’ve been so honest in the past that they insisted there’d be no need for an FTC investigation into internal emails about possible knowledge of privacy breaches.

So you’ll excuse my skepticism. Allow me to call B.S. on their assertions that they’re not using your microphone to serve you ads. (And if they’re not the mastermind, someone is, and Facebook is using that information regardless.)

I don’t have any overt listening devices in my home. While I’d like to have conversations with Alexa, I’ve sacrificed ease of living in exchange for (potentially) more privacy. I don’t have Google Home, so I have to manually turn up the A.C. for the Florida summer. I save lots of money by not having an Amazon Echo, so I can’t “sleep shop.”

But I can’t, I repeat, can’t live without my smartphone, and now I’m wondering how to live the life of a social media professional and still feel that I have some semblance of privacy.

This is the first week in a very long time that I’ve put in writing that my top travel destination on my bucket list is the Galapagos. I haven’t searched for a trip package there in the last several years. I haven’t put it on Facebook. I haven’t created an Instagram Story about “places I want to go.” It’s a pipe dream—because it’s a hard trip and a chronic health issue will forever keep me from going.

On a recent Webex meeting, I asked my team aloud, “Where would you travel right now if there were no restrictions?”

Not only did I tell my coworkers where I wanted to travel; I gave them a specific reason. I want to see the Blue-Footed Booby. (It’s a thing, and it’s adorable.) I’d read an article in a magazine about a photographer who went to the Galapagos and had a blue-footed bird—unafraid of humans because there aren’t many there—walk right up to her and look into her camera. Pose. Smile, even. I want to experience this so badly I would say “the hell with it!” and go there now and accept the incredible health risk. This is a very specific, very random thing to say.

Of course my phone was right next to me at the time.

Okay, that’s freaky. Not only is it an ad featuring the (still-adorable) blue-footed booby, but he is looking into the camera just as I described to my team.

I walked—nay, ran to my settings and revoked microphone access to everything. I’ll add it and remove it as needed. It’ll be a pain, but it’s a necessary time suck to stay out of the Matrix.