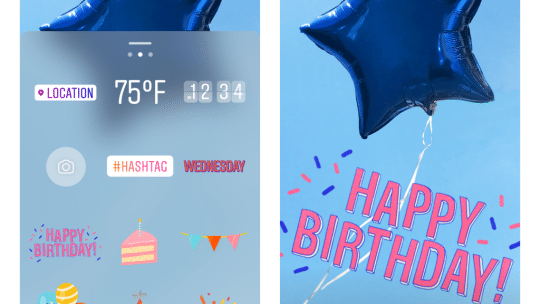 Instagram had cause to crow Aug. 2: It posted a celebratory blog for the one-year anniversary of Stories. Although the feature was widely viewed with skepticism upon its debut for being a blatant (and admitted) copycat of Snapchat, no principled boycott of the medium materialized. Rather, users took to the format like so many ducks to water, and today 250 million of them use it daily.

Instagram’s blog post highlights some interesting stats for brands as well: “In the last month, over 50% of businesses on Instagram produced an Instagram Story,” and “One in five organic stories from businesses gets a direct message.”

A larger proof point for the success of Stories is how Snapchat is faring, and an auspicious date for Instagram coincided with a dismal one for Snap Inc. The social pioneer’s “lockup period” expired Aug. 1, allowing employees and early investors to sell their shares, which closed at a record low of $13.10, down from $17 at IPO (and over $27 after an initial bump). The stock market index S&P 500 kicked Snap while it was down, announcing new eligibility requirements that ban companies with multiple share class structures, thereby shutting out Snap from the market. (Companies with multiple share class structures already on the index, e.g. Google parent Alphabet Inc., are grandfathered in.) Inclusion in such indices is important because the majority of investors buy funds rather than invest directly in a particular stock, and S&P funds now will not be buying Snap.

We’ve spoken to some professional communicators who have expressed doubts that Snapchat will be around a few years in the future; could this be the beginning of the end, or does the plucky platform still have some innovative tricks up its sleeve?