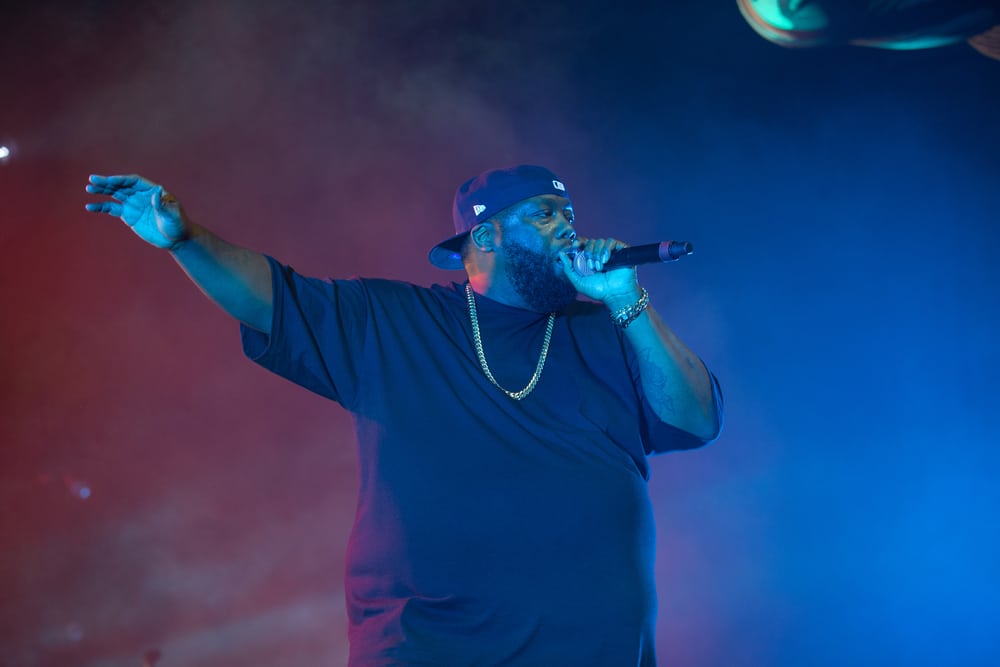 The March for Our Lives on March 24 attracted huge crowds across the country in support of gun reform. The event garnered so much coverage that survivor Emma Gonzalez’s entire 6 minute and 20 second moment of silence—the exact duration of the shooting—was broadcast on all major networks in its entirety.

But upsetting the march’s No. 1 trending position on Twitter that afternoon, the National Rifle Association (NRA) released an interview with rapper, activist and former Bernie Sanders stumper Killer Mike. The interview was widely criticized by gun-reform advocates. But it quickly became something else: a textbook example of the power influencers have to instigate national conversation, sometimes at the expense of the very organization they are affiliated with.

In the video, Killer Mike, real name Michael Render, criticizes those advocating for better gun control in the U.S. “You’re a lackey of the progressive movement,” he says, “because you’ve never disagreed with the people who tell you what to do.”

“I told my kids on the school walkout, I love you, if you walkout that school, walkout my house…we are not a family that jumps on every single thing an ally of ours does because some stuff we just don’t agree with.” –@KillerMike#MarchForOurLivespic.twitter.com/Gx8JLntmZ8

Mike’s interview focused on his support of the Second Amendment and how gun ownership empowers the black community. While fans acknowledged his relevant points, they disagreed with Mike’s choice to partner with the NRA as a platform for expressing them.

As part of the popular hip-hop duo Run the Jewels, Mike’s lyrics often call out institutional collusion, corporate thievery and the manipulation of American people by big businesses. As such, the NRA interview created an ideological disconnect between Mike’s activist image and his values.

I love Killer Mike.Thats my brother. He made some excellent points about Black gun ownership. The problem is, he is talking about it on the NRA platform & the NRA could give LESS THAN A DAMN about protecting Black people’s 2nd Amendment rights. Ask the family of Philando Castille

Less than a day later, Mike issued a video apology to fans on Twitter, explaining that he had no idea the interview, conducted a week prior, would be implemented by the NRA as a counterattack to the protests.

“I’m sorry that an interview I did about a minority—black people in this country—and gun rights was used as a weapon against you guys,” he said. “That was unfair to you and it was wrong, and it disparaged some very noble work you’re doing.”

I hope this clears some stuff up. Love and Respect to all. Part 1 pic.twitter.com/pq977HEG7A

As one of the biggest influencers in hip-hop, Mike intuitively understood the need to recontextualize his words in the interview for his fan base. The incident recalls past instances when influencers rebelled against a brand they were affiliated with. About a year ago, Under Armour CEO Kevin Plank publicly praised President Trump’s pro-business stance, pushing Golden State Warriors star player and Under Amour spokesperson Steph Curry to publicly voice his concerns about the brand.

Joined by other Under Armour spokespeople like ballet dancer Misty Copeland and actor Dwayne “The Rock” Johnson, Curry’s status as an influencer eventually urged Plank to walk back his comments. Plank resigned from Trump’s Council of Economic Advisers following the president’s response to the white nationalist protests in Charlottesville, Va.

The big difference between past examples of influencers standing up to brands and Mike’s apology for his NRA interview, though, has to do with the context surrounding the interview.

“I’m wondering—does Killer Mike pledge allegiance to the grind or does he pledge allegiance to the NRA?” asks Danica Kombol, president and CEO of influencer marketing agency Everywhere Agency. “He knew when he sat down to do that video [that] it was with the NRA, it would be used by the NRA and it would be used to promote a certain agenda that many of his followers and listeners do not agree with. He acted surprised that the NRA put it out the day of the march. You did the interview, they had the right to use it.”

Nonetheless, Kombol says, Mike made the right move by owning up to it and fostering a space for dialogue.

“He did a smart thing by listening to his community and apologizing in a very simple, transparent, unedited video, and speaking up for the issues and causes he’s always cared about,” she adds.

What’s more, a glance at Mike’s Twitter account shows the extent to which he continues to engage in the conversations borne out of his NRA interview. He read and engaged with an article about the NRA’s role in private prisons and exchanged words with MSNBC national correspondent Joy Reid about the difference between the NRA’s NRATV platform and other news outlets, transitioning the offending interview into a springboard for substantive dialogue about the NRA’s relationship with black America.

May we never again doubt the power of an influencer to reclaim their own narrative.