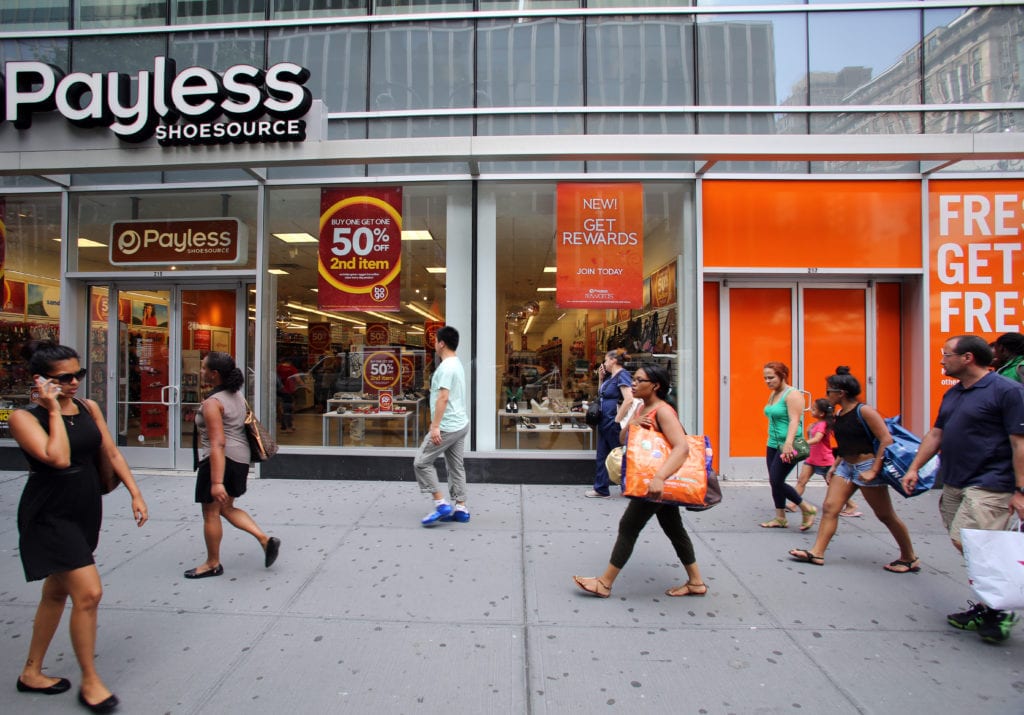 Payless Gets Influencers, Content and Buzz with ‘Palessi’ Prank

In an attempt to prove that perception is more influenced by context than discernment, Payless Shoe Stores earlier this week took over a former Armani store in the oh-so-trendy Los Angeles suburb of Santa Monica, dressed it up with what looked like high-end sculptures and art pieces, re-branded it as the boutique shoe store ‘Palessi’, and invited fashion influencers to come and check out $19.99-$39.99-priced footwear that can be found in strip malls across America.

Praising its “Italian design” and saying they could see themselves wearing the shoes to the “Met Gala,” the influencers were ready to fork over up to $640 for a pair of shoes – a 1,800% mark-up—and some did.

It was a classic social experiment that has since gone viral, and has been widely praised.

“Shut up!” said one woman who was told the shoes were actually from Payless and cost around $35. “Are you serious?”

Payless actually refunded the money to the influencers after purchase and told them they could keep the shoes, with the hope that they would then tweet, post and blog about the experience.

Though some can’t be labeled as ‘pranks,’ per se, viral videos in which consumers are somehow duped can create the magical end-goal of being touching or funny – and create instant brand awareness and endearment.

So what did Payless get out of the stunt?

Buzz: So much buzz. All of the major broadcast outlets ran spots covering the prank; national and local newspapers and trades, news orgs, local, national and the trades covered the story.

Brand Elevation: Sure, some marketers are warning that this is an object lesson about the misplaced trust we place in influencers, but the stunt elevates the brand in at least two ways: the fact that Payless pulled it off at all adds a level of savviness and sophistication to the perception of the company that rubs off onto the shoes itself; and the doubt that the prank instills in the mind of consumer about the cheap quality of the shoes (“Hey, if they were fooled and they wear the expensive stuff, then the shoes must be good—and I can afford them!”)

Content: Payless plans to turn the day-long shoot into short- and long-form commercials that will run on both cable television and on social media channels.

Here’s a look at one of the spots:

Payless isn’t the first brand to use this approach and find success: WestJet Airlines’ video of asking passengers what they wanted for Christmas before boarding a flight and then literally delivering on the other end comes to mind. So does Pepsi’s prank in which it disguised former NASCAR champion driver Jeff Gordon and had him take an unsuspecting car salesman out for a harrowing and hilarious test drive.

“There is something to this,” says Joe Beccalori, CEO of New Windsor, N.Y.-based Impact Marketing. “You’ll have your naysayers saying you shouldn’t dupe the consumer, but it reminds me of the old coffee commercial.”

Beccalori was referring to the famous early 1980s spots in which Folger’s Coffee was served at high-end restaurants such as Arnaud’s in New Orleans and Tavern on the Green in New York City – and only later after praising the “rich” taste of the roasted and brewed coffee were diners told it was instant Folger’s Crystals.

“I thought this Payless spot was very clever,” Beccalori said. “A great twist on an old angle.”