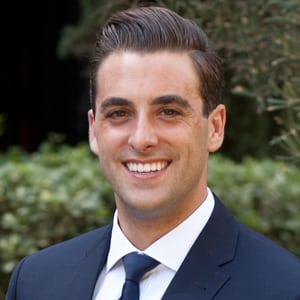 Bennett Sherman has truly climbed the ladder at ICM Partners. After attending the University of Arizona, he started working in the ICM mailroom and eventually became an agent, where he has been a key player in executing the companywide digital strategy.

While he was working in the ICM mailroom, Sherman was also interning for Brian Grazer at Imagine Entertainment. From there, he assisted the head of TV business affairs at ICM Partners, and then advanced to the talent department.

In 2012, he was offered a job by ICM Partners chief Chris Silbermann. During his time with Silbermann, he was accepted into the agent trainee program and things really started to take off for him. The next year, in 2014, Sherman was promoted to coordinator and then made the leap to agent the very next year in 2015.

Highlights of his efforts as an agent include the task of creating and carrying out ICM Partners’ companywide digital strategy. He joined forces with division head Jonathan Perelman to incorporate digital strategy into everything the agency does.

Sherman is also something of a pioneer—he sold the first-ever scripted series to Spotify, called “Ultimate, Ultimate,” which was ultimately sold to Funny or Die. His clients have also been submitted to film festivals and won numerous awards—and that includes more than six Streamy Awards at festivals such as Sundance and Cannes.

Sherman managed the launch of Shonda Rhimes’ website, which included content partnerships as well as overall digital strategy for the launch.