Government by the People Campaign Manager

People for the American Way 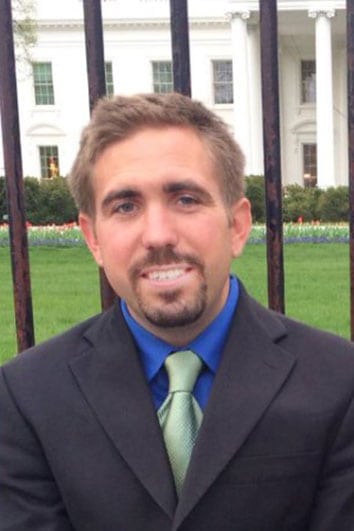 Rio Tazewell has been a social entrepreneur and organizer for political change for more than 10 years. At 29, he has helped launch multiple organizations confronting issues of the 21st Century on the local, state and national level. Most recently, in his current role of taking on what he calls an “out-of-balance political system in Washington,” he is incorporating a passion for music and video, and using social media to change how people view activism.

His goal has been to amplify the democracy work that he does every day at his job at People For the American Way. Tazewell’s debut music video, a rap song titled #realtalk, explores the relationship between money in politics, corporate lobbyists and “the need for a political revolution.” Filmed on Capitol Hill, the video features scenes from a large rally and protest in Washington DC, known as the “Democracy Awakening,” with thousands of people taking to the streets demanding reforms to money in politics.

Tazewell was one of the core organizers of the Democracy Awakening, and was central in coordinating the more than 300 organizations that participated in the event. He wrote the song and created the music video to help put campaign finance reform in a more culturally relevant context, particularly for millennials. The video has been viewed tens of thousands of times and has been shared by dozens of organizations and individuals.