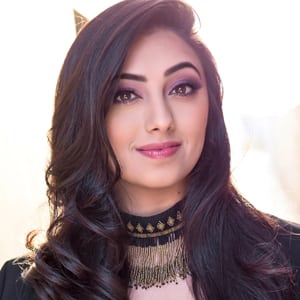 Shama Hyder has been called a visionary strategist for the digital age and has been dubbed the “Zen Master of Marketing” by Entrepreneur Magazine and the “Millennial Master of the Universe” by Fast Company.

The CEO of the award-winning Marketing Zen Group, Hyder has led the organization through significant growth, averaging a staggering 400% growth annually since its inception nine years ago. With Hyder at the helm, The Marketing Zen Group has expanded to include clients ranging from Fortune 500 companies to privately-held small businesses and non-profit organizations around the world.

She is the best-selling author of The Zen of Social Media Marketing, and is also a celebrated international keynote speaker who has shared the stage with leaders such as former President Obama and the Dalai Lama. She also works closely with the Young Entrepreneur Council