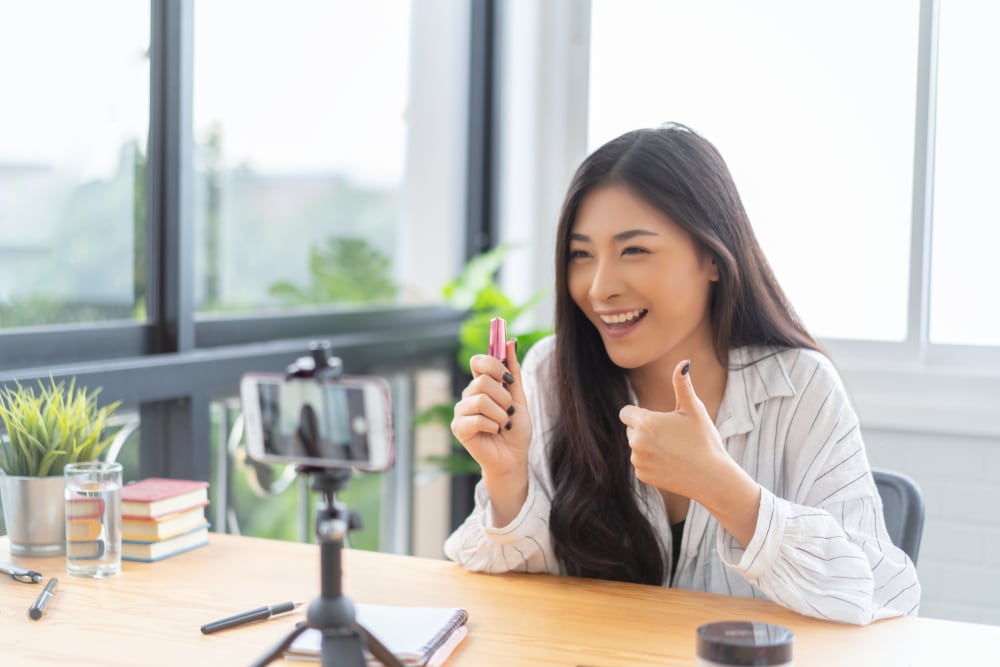 Relationships between brands and influencers have long required Federal Trade Commission (FTC) disclosure forms, but that doesn’t always mean those relationships have been transparent. “If influencers are endorsing a brand and have a ‘material connection’ to the marketer, that relationship must be clearly disclosed, unless the connection is already clear from the context of the endorsement,” writes the FTC. Yet disclosure still proves problematic, particularly for beauty brands working with YouTube influencers.

All of these things should be considered in the wake of the news that fashion e-commerce site Revolve filed an IPO this week. The site, which describes itself in the filing as a “next-generation fashion retailer for millennial consumers”, mentions the word influencers a whopping 79 times, and with good reason—promoting labels through influencers, be it through free product, lavish parties or luxe trips around the world, is a key part of Revolve’s business model.  It seems to be working, too: “net sales have already clocked in at $245 million through the first half of 2018,” reports Quartz. “Over the last 12 months, they reached $446.5 million.”

“For example, Camila Coelho, Julie Sarinana and Natasha Oakley (all of whom are part of our influencer community) have 7.3 million, 4.9 million and 2 million followers, respectively. Many followers engage with these influencers on a daily basis. The contrast with the circulation of U.S. Vogue magazine, 1.2 million in the first half of 2017, illustrates the societal shift from print to digital media. Influencers can have a more powerful impact than traditional advertising methods because they bring their followers into their daily lives and share their personal tastes and preferences in an authentic way.”

That outsized impact must not be understated. But going public also brings on an increased level of scrutiny, and the need for Revolve to make sure its influencers are properly disclosing their relationships to the FTC. That has not always been the case.

In a post from July, The Fashion Law blog announced its findings that very few of Revolve’s vast array of influencers understood what proper disclosure of sponsored content meant—or that they needed to disclose the sponsorship in each post.

“In reviewing over 41,000 Instagram posts (and in some cases, related Twitter and Facebook posts) by over 50 different influencers (we ultimately highlighted 25 of them) between July 1, 2017 and December 31, 2017, we found that less than one quarter of all Revolve-related Instagram posts were disclosed as sponsored content,” writes The Fashion Law.

“It is also worth noting that of these various trips, no shortage were hosted at Aman resorts, making it unclear as to whether there is also a material connection between Revolve and the international luxury hotel group.”

This story does identify that several more influencers used hashtags implying, but not explicitly stating a partnership: #revolveinthehamptons, #revolvefestival, #hotelrevolve, #revolvearoundtheworld and others, which do not qualify as proper disclosure. To the FTC, those hashtags are far different from the hashtags #ad or #advertising, as the latter tags make a partnership explicitly clear. The FTC has gone so far as to spell this out for influencers in its lengthy endorsement guide, which highlights some best practices for disclosure between brands and influencers, including:

Clearly disclose when you have a financial or family relationship with a brand: “‘But everybody knows!’ No, they don’t,” writes the FTC. “It’s unwise for influencers to assume that people know all about their business relationships.”

Don’t assume that using a platform’s disclosure tool is sufficient: “Some platforms are starting to offer disclosure tools, but that’s no guarantee they’re an effective way for an influencer to disclose a material connection to a brand,” the FTC’s advice continues. “Like so many things on social media, it’s all about context. One key consideration is placement – whether the disclosure attracts viewers’ attention, taking into account where people are likely to look on a particular platform. For example, when paging through a stream of eye-catching photos, a viewer may not spot a disclosure placed above the picture or off to the side. The ultimate responsibility for making clear disclosures is yours. That’s why you want to make sure your disclosures are hard to miss.”

Avoid ambiguous disclosures and hashtags: “Clarity counts,” says the FTC. “When disclosing a material connection to a brand, use language that’s clear and unmistakable. It’s unlikely that abbreviations, shorthand, or arcane lingo will communicate the disclosure effectively to consumers.”

Don’t rely on a disclosure placed after a CLICK MORE link or in another easy-to-miss location.  “Consider your own viewing habits on social media,” the FTC says. “Do you click every CLICK MORE link? We don’t either. When disclosing a brand relationship, the better approach is to hit ‘em right between the eyes. Furthermore, on image-only platforms, superimpose your disclosure over the picture in a clear font that contrasts sharply with the background.”

As Revolve’s IPO filing makes clear that influencer marketing is becoming a more legitimate business model, maintaining the legitimacy of those relationships should be a top priority for all brands getting in on it. Communicators, take note: making that your brand is properly educating its influencers, particularly the younger or less savvy ones, about what constitutes proper disclosure is not just a good look for your brand—it will protect your business from running afoul of the federal government, too.