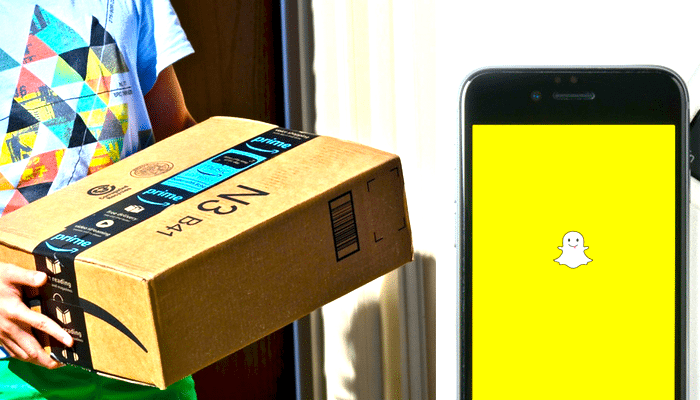 How Snapchat Could Soon Convert Users to Amazon Buyers

Would you rather your audiences use their smartphones to point and click—or point and buy?

Given the pressure on social media marketers to tie their efforts to their company’s bottom line, we’d wager that the latter is preferable for most.

And now, if a rumored Snapchat-Amazon integration is any indication, social media audiences will soon be able to point their smartphones at objects in their native environments and purchase those products directly through Amazon.

The integration, spotted by app researcher Ishan Agarwal and published in a July 9 TechCrunch report, is hidden as of yet, buried within Snapchat’s code as “a ‘Visual Search’ feature where you press and hold to identify an object, song, barcode…This works by sending data to Amazon…and other partners.”

For Snapchat, the new feature could be revolutionary, as the company reported a $385 million loss last quarter. Such turbulence has likely caused many brands to doubt the longevity of the app and ditch the platform for Instagram Stories, which has a similar feature set and has seen exponential user growth over the last year.

Despite its financial problems, Snapchat is still one of the top platforms of choice among teens and young adults (69% of teens said they used Snapchat in a recent Pew study, while only 51% said they used Facebook). And brands aiming to sell products to teens—such as food, video games, and clothing and accessories, the top three spending areas of teens in 2018 according to CNBC—would do well to keep an eye on the Amazon integration with Snapchat, once it is made available to the public.