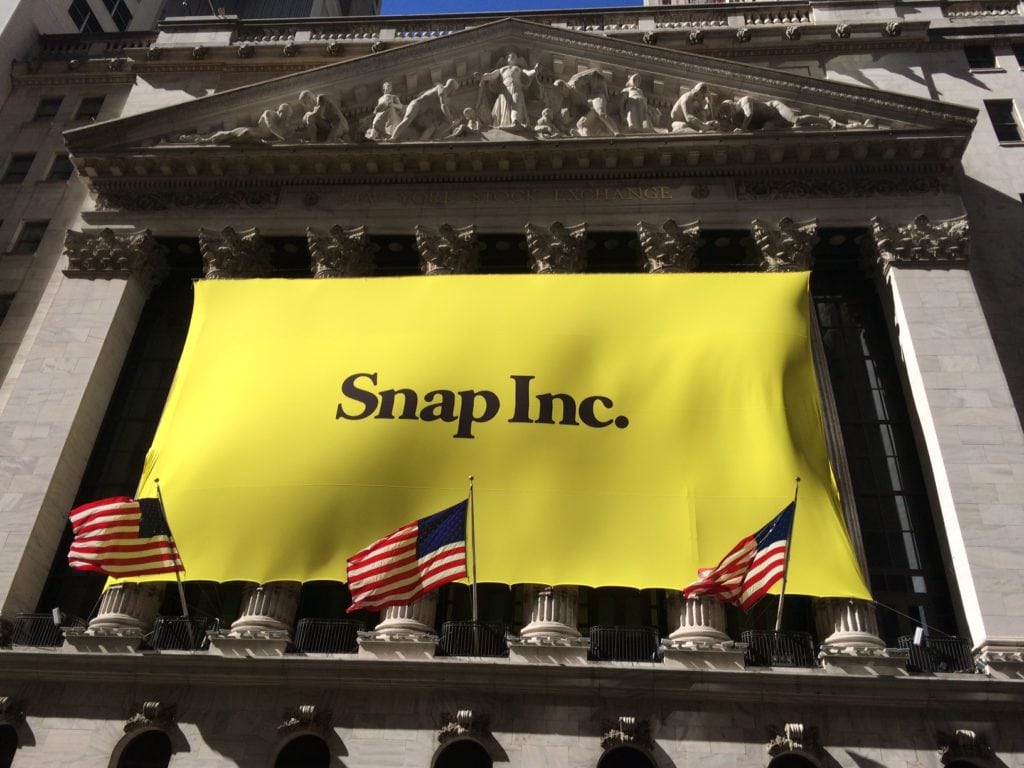 Today, the parent company of Snapchat began trading on the New York Stock Exchange under the symbol SNAP, a day after pricing its eagerly anticipated IPO at $17 a share. But that might’ve been a conservative estimate: When shares began trading this morning, they opened at $24 a share, even reaching $24.50, which would value the company at more than $30 billion.

Not bad for a day’s work. But the real question hanging over Snap isn’t about its short-term luster, but its long-term prospects. The message the company and its investor relations division is managing today is one of slowing growth and profitability.

In its IPO filing, the company cited “increased competition” as one of the forces driving that deceleration. “We also saw increased competition both domestically and internationally in 2016, as many of our competitors launched products with similar functionality to ours,” it said.

Given the crowded competitive landscape—especially the heat coming from Instagram/Facebook—questions have naturally arisen about the company’s prospects for profitability. It is currently not profitable and in fact lost a whopping $515 million last year, after losing $372.9 million the year before.

How will that slowing growth affect the expected ad revenue the company—and its investors—are counting on? And how long will investors overlook its murky profitability picture? The answer to those questions could determine whether Snap follows in Facebook’s gilded footsteps or Twitter’s muddy path.