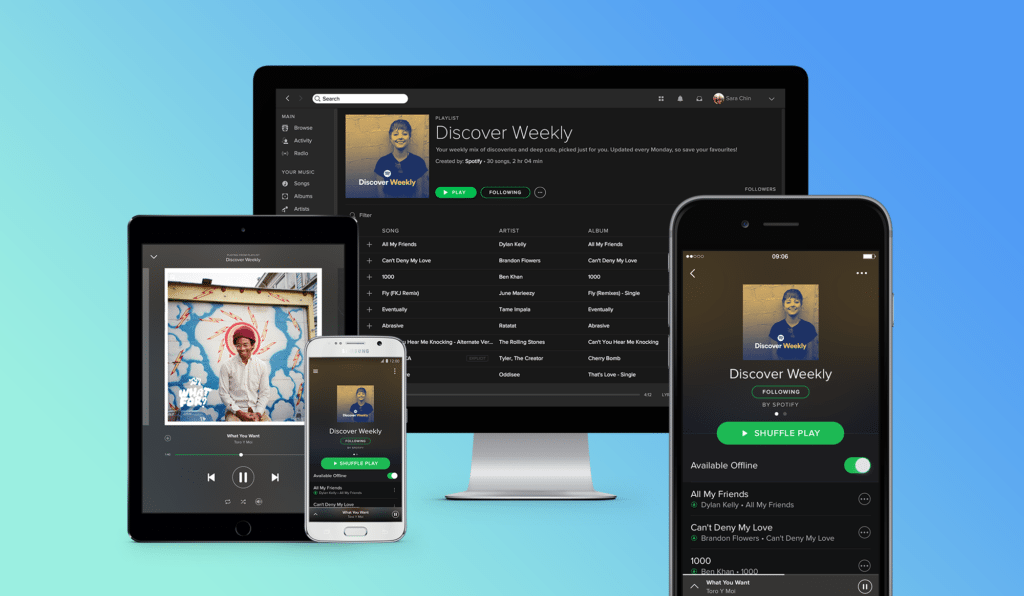 Is Spotify really worth as much as its new listing on the New York Stock Exchange claims? The popular music streaming service announced it was going public on the NYSE on Feb. 28, choosing a direct listing—rather than a conventional IPO—valued at $23 billion. A direct listing allows only existing investors to publicly trade their shares without issuing any new stocks, and bypasses the traditional Wall Street process of determining the value of a company externally, causing some to speculate that this number may be too high.

Spotify touted approximately 159 million currently active users as of the end of 2017, with around 71 million users paying for their monthly ad-free subscription service at $9.99. This paying user base may not be enough to sustain the company though, as they reported a $1.5 billion net loss in 2017. Perhaps this is why it overhauled the “Spotify for Brands” program last year, to try to attract new brands to invest time and money into the service.

Spotify for Brands is a strong offering of statistics, allowing businesses to laser focus their ads to their intended audience. The company appears to collect a large amount of data on its users, and since music marketing is typically very identity-driven, brands can use this to their advantage when advertising on Spotify.

Here are the three main ways Spotify is providing value for brands:

Spotify uses what it calls “streaming intelligence,” which gives the company “insights that reflect the real people behind the devices,” according to the Spotify for Brands website. The company claims that a user’s music streaming habits can reveal a lot about who they actually are offline—not just their age and location, but also their interests, moods and behaviors. Using their five main streaming habits—discovery, diversity, tilt (how much a user curates their experience), nostalgia and obsession—brands can determine not only who should receive their ads but when those people are most likely to be listening.

By offering companies the option to place their ads using a variety of formats, including audio, video, immersive overlay and sponsored playlists, Spotify is enticing brands to work with them in whatever way(s) would benefit them. Aside from the opportunity to partner with Spotify directly, the company also offers a third-party database of marketing partners and a self-serve ad studio for brands that would rather advertise on their own.

The streaming service measures the impact of advertisements itself based on reach, resonance and reaction, and also partners with third-party measurement organizations such as Nielsen and Integral Ad Science to offer brands more insight into how much their ads are influencing audiences.

Though these services might seem incredible, there are some issues to consider. The collection of so much data raises privacy concerns, which may be why such a large portion of Spotify’s users choose to pay for premium service so they can avoid ads (Spotify will still provide their data to companies but it’s not very useful if those users won’t see or hear the branded content). And as we all know too well, data points and algorithms can fail to accurately pinpoint a user’s personality.