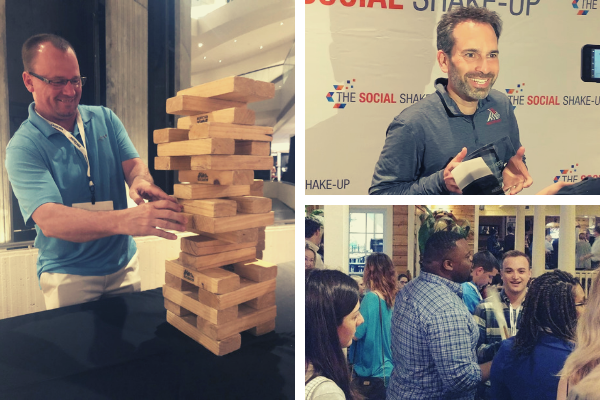 By: The Social Shake-Up Editorial Team

The Social Shake-Up’s opening reception, emceed by #SSU2019 host Brian Fanzo, featured an Atlanta Food Scene Sampler and a celebration of the 2019 Movers & Shakers. For those who took late flights in (or who are tuning in from home), here’s a recap of the night’s festivities:

Top-notch mojitos, courtesy of Infovision Social. The evening’s signature InfoSocial Mojo cocktails were stirred, muddled and mushed—definitely not shaken—but they hit the spot after a day of workshops in steamy Atlanta, more than a few Shake-Up attendees told us. 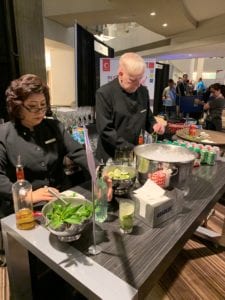 Cheesy treats. As attendees mingled and music curator DJ OHSO—a staple of Atlanta and Miami nightlife—selected the soundtrack, attendees came upon a small gem: mac n’ cheese, served in highball glasses. Mixing it with sides of sautéed mushrooms and bacon and ham produced a melted hot pastiche of flavor. Also on the menu: sliders of hot pork, which attracted lots of takers. 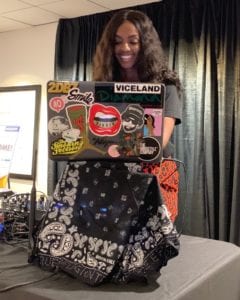 DJ OHSO on the ones and twos

Schmoozing on the job. Not all was food and drink, of course. There was plenty of room to network, not to mention lounge on comfortable couches near law firm Pillsbury Law’s booth, where #SSU2019 speakers Kimberly Buffington and Carolyn Toto welcomed guests to talk about the legal aspects of social media.

IRL gaming. Nearby was an assortment of games, including a giant Jenga set, where Danielle and Michelle, attendees from the healthcare company Optum, attempted to topple each others’ towers (but not smiles). 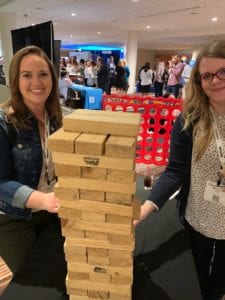 Giant Jenga was a hit in the gaming area

Applauding the Movers & Shakers of 2019. To cap the reception, just before a series of dine-arounds at nearby restaurants, influencer and S0cial Shake-Up host Brian Fanzo took to the stage. He delivered a spirited salute to the Movers and Shakers, social media’s top innovators, community builders and rising stars of the past year (check out full writeups of each honoree). Afterward, there were plenty of photo ops for awardees and then it was off into the warm Atlanta evening for dinner. 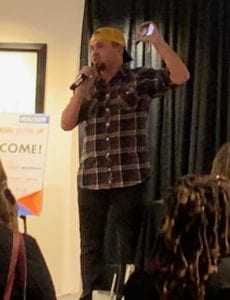