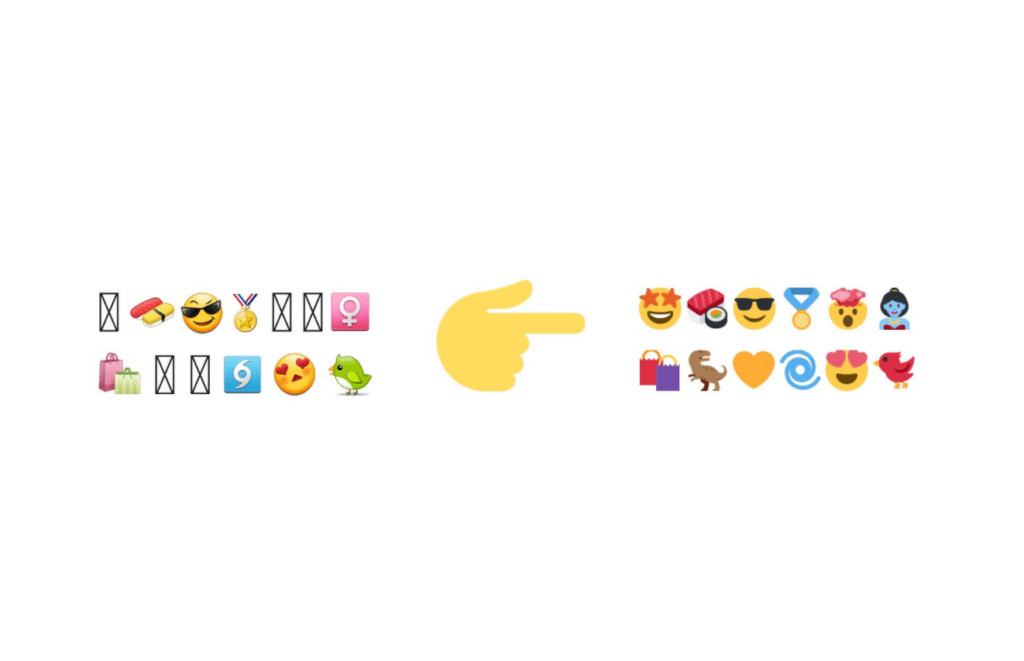 In today’s fast-paced world, there are few things more frustrating than receiving an emoji from a friend that your device doesn’t recognize. What other profound visual iconography have you been missing out on since you skipped that latest software update?

This ongoing compatibility issue has been most cumbersome on Google’s Android software, as users of Android version 7.x and lower have been left in the dark with those annoying, missing emoji question mark icons, on many social platforms, for some time now.

Twitter has been particularly affected by this problem of fragmentation, as native emojis from Google and Samsung display instead of the standard Twitter emojis that show up on Twitter.com’s mobile and desktop sites. To combat this issue, Twitter has standardized its “Twemojis” to replace all smartphone-native emojis and consistently show the same emojis on older devices.

To turn on the Twemoji feature, users will need to go into the Twitter app’s settings, select “Display and sound” and check “Use the Twitter emoji set instead of your device’s default set.”

Emojipedia, which first reported the change, writes that a big part of the problem is Android users are notoriously slow to install software updates. They report that the 2017 “Oreo” update to Android is only installed on 6% of Android devices, while one-third of users are on an Android version dating back to 2014 or earlier.

Twitter design lead Bryan Haggerty confirmed to Emojipedia that the change should now be visible to about 50% of eligible Twitter users, and that the feature would be rolled out to everyone by the end of this week. All users of the official Twitter app running Android 4.4 KitKat to Android 7.1 Nougat will now see the same emojis on Twitter.

Unicode, the computing agency responsible for consistent coding and text across the world, releases a new set of emoji specifications each year, but there isn’t a standard set of icons across all devices. Instead, smartphone manufacturers use Unicode’s guidelines to craft their own emoji. This means that Twitter has taken actions to solve Google’s compatibility issue.