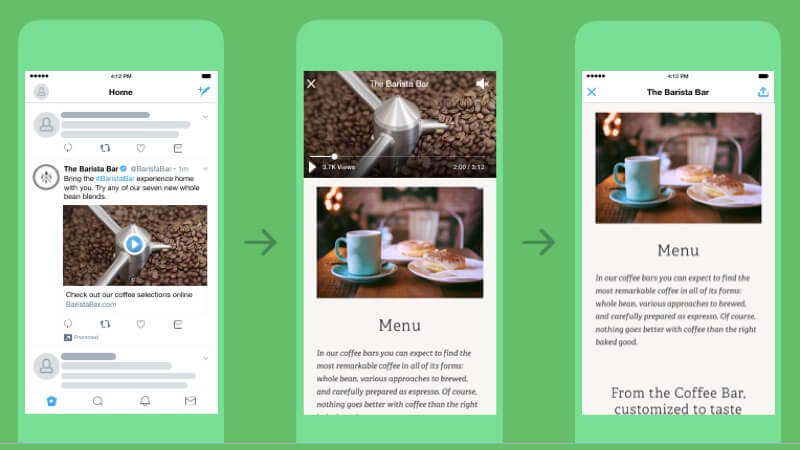 If you’re still betting on the growth of video, you’re still winning (not that Vegas would give you very profitable odds).

Twitter announced the new Video Website Card Oct. 17, an ad format that “combines the power of video with the ability to drive users back to a site to learn more or take action in the moment.” In basic terms, it’s an auto-playing video that, if a viewer taps to learn more, anchors to the top of the screen and continues playing while a website loads below. Twitter boasts that in trials with beta clients (Jaguar, Bank of America), this seamless trip down the funnel retains more viewers when compared with traditional websites that are often abandoned before they even load.

A bonus is that advertisers can optimize this format around the objective they value the most—views, clicks or awareness—and prioritize these objectives differently as the campaign moves along. Twitter’s blog post provides an example of a film studio that cares most about people simply viewing a trailer before a movie is released, but then reprioritizes to optimize by clickthrough rate when tickets start being sold.

The new format is now available to all advertisers.