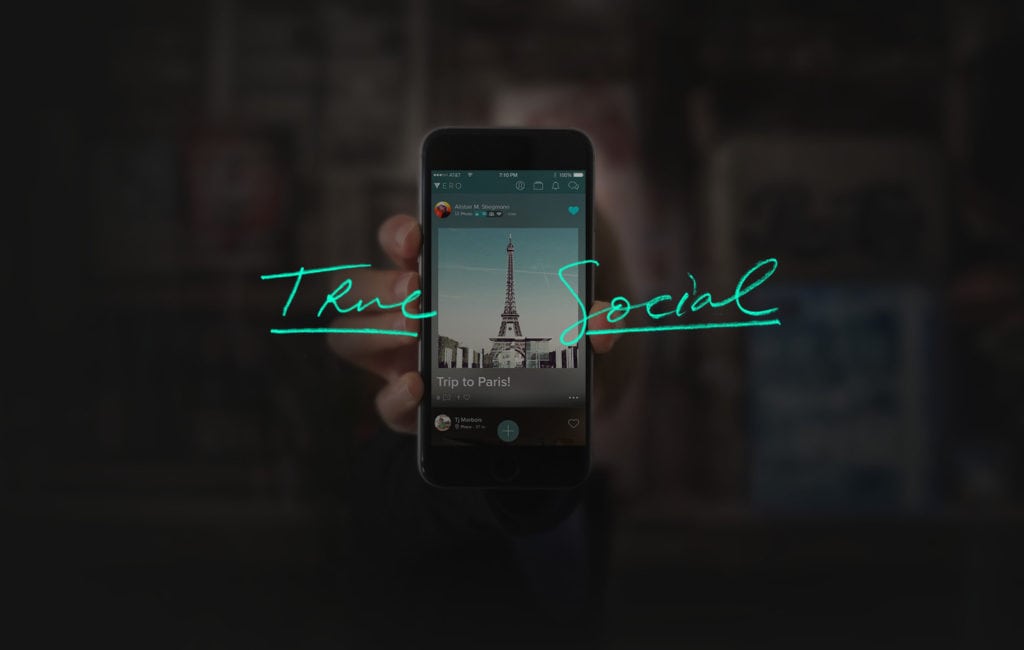 As Instagram continues to gobble up one-time rival Snapchat’s market share, it makes sense that a third challenger in the photo-sharing space should find breathing room.

That challenger, it seemed, was Vero, an ad-free and algorithm-free social platform that has hovered near the top of the App Store’s rankings of late. Touted by almost every major media outlet in recent weeks—and by CNBC, USA Today and Fast Company in on 24-hour span alone—the upstart app promises “True Social” and has actually been around since 2015, but is enjoying a renewed surge.

Vero has been so popular, in fact, that it has struggled to keep up with demand and says it is scaling its server space to meet the increased bandwidth needs. So with all this heat, why is one of Vero’s trending topics on other platforms “cancel Vero”?

What is with the undercurrent of negative brand sentiment that appears to be eroding Vero’s nascent momentum?

Start with ownership. Vero is run by CEO Ayman Hariri, a billionaire Lebanese businessman whose father, Rafic, was prime minister of Lebanon before his assassination in 2005.

The younger Hariri’s other past work experience includes a tenure as deputy chief executive officer and vice chairman of Saudi Oger, his family’s construction company that has a long history of unfair labor practices and failure to pay wages to workers. The company was cited more than 31,000 by complaints from its workers, including allegations of internment.

Vero’s problems don’t end there. The leadership team is overwhelmingly comprised of Russian men, which on its own is not a crime. But in the current climate of renewed suspicion of all things Russian among about half the country, and in the light of the current gender equality conversations happening in this country, such a leadership makeup is, to quote the current parlance, “problematic” and not likely to engender support.

What’s interesting in this story isn’t alleged employment malpractice by multinational conglomerates or monochromatic boys clubs in leadership—those elements are nothing new to the startup world. It’s how Vero’s users became aware of it, and, in response, have begun uninstalling the app and canceling their memberships.

The Tone at the Top It’s happening everywhere. The Weinstein Company, which has won countless awards and was a thriving film studio just one year ago, recently announced it will file for bankruptcy following the outing of its president Harvey Weinstein as a sexual miscreant of epic proportions.

The aforementioned Snapchat weathered its own storm when news broke that founder Evan Spiegel had sent misogynistic emails and behaved generally like a jerk. And the Holy Grail of polarized brand engagement based on the behavior of ownership is of course the Trump brand, whose patronage or abstention has become a larger-than-life symbol of identity in our modern politicized world.

Brands used to worry far less about what their leaders did when they weren’t running their brands. That’s no longer the case. The “who” of your brand matters today. Leaders have always been public figures, but in the age of social and search, they are truly out there.

Google has existed for 15 years, but only recently have people sought out information about companies, becoming galvanized, activated, even radicalized to make lifestyle consumption choices based on available information. During the 2016 election season, brands like Home Depot and Starbucks each earned cheers and jeers for their respective leaders’ political leanings.

We no longer live in an age where the principles behind a brand can operate in a vacuum. Consumers are more savvy than ever and no matter how deep you push those skeletons to the back of the closet, they’re likely to find them.