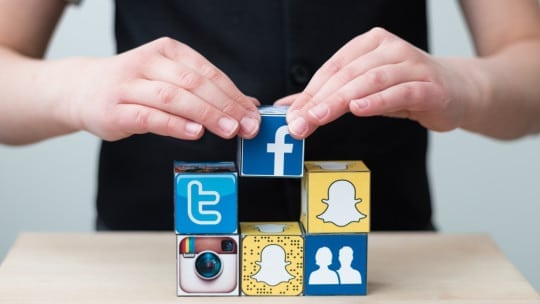 PR pros aren’t sweating the congressional scrutiny of social media and the push for new regulations, with some seeing the changes as beneficial to an industry that has long operated in opacity.

The hearings last week saw Facebook COO Sheryl Sandberg and Twitter CEO Jack Dorsey testify on Capitol Hill. Though the main topic was foreign interference in the 2016 presidential election—which has impacted Americans’ trust and use of social media—the two were grilled by lawmakers on issues ranging from user privacy to hate speech to the integrity of their business models.

More regulation—both by the platforms themselves and external agencies—is likely to result. But this is not raising alarm among communicators. “I don’t think any of us realized how wild of a west it’s been for so long,” said Emily Williams, vice president of Global Strategy Group. “A lot happened quickly, but a lot of things are settling in and people like me are getting used to the new rhythm. Transparency is to everyone’s benefit. It’s an opportunity for competitive intelligence and also coordination and inspiration.”

“All of these things,” she said, “help legitimize the whole space.”

Andy Oare, senior digital director at Kivvit, is also relatively unconcerned. “While these new policies have been difficult to navigate initially, they have not been so cumbersome that I have dramatically altered my client recommendations,” he said. “The first thing I’d recommend is to familiarize yourself with the details of each of these policies, or retain someone who has.”

Williams expressed some excitement about what she sees as the next big change she sees on the horizon: more transparency about how ads are bought and sold. “Each platform has incredibly different pricing structures, different parameters,” she said. “It makes the space perhaps more confusing than it needs to be.”

The platforms themselves may be evolving, but has the advice to clients from communicators? Not so much.

“PR firms should be using social media strategically. LinkedIn is a better platform for business development and to present yourself as a thought leader, Twitter for getting attention from media, and Facebook for broader community engagement with your brand,” said George Haj, president of Miami-based Haj Media. “Despite Facebook’s woes, social media isn’t going anywhere and is a critical marketing opportunity at a time when traditional media is struggling.”

“Our advice is to focus on the platforms where our clients can have the most authentic voice and engagement,” Williams said. “It’s good to do one or two channels right than to try to do them all.”

“There is no one platform that is a silver bullet,” said Abdul Muhammad II, chief digital officer of rbb Communications. “It depends on the brand, the goal and objective of their social presence and the community behavior that engages and follows them. Social media still remains an effective way to find and identify target audiences and get your messages in front of them.”

And while Facebook has received the most negative attention lately—and has seen a reported drop-off in users—it’s still tops on the list for most agencies.

“I still recommend Facebook as the most monetarily efficient platform to reach very large audiences. LinkedIn is still what I would recommend to people marketing professional content to professional audiences,” Oare said.

Williams noted that while Facebook has been “knocked down a few pegs” it is still one of her agency’s go-tos for targeted paid engagements. “Its ad platform is second only to Google,” she said, noting that Facebook and Instagram share the same ad platform, but nailing two very different demographics. “It’s part of almost all our paid plans,” she said. “Twitter advertising we use more selectively. It’s not a very good ad platform, never has been. LinkedIn has some really interesting targeting capabilities. But Facebook plus Instagram has really succeeded as an ad platform and has broad reach and is still, I would say, the guy to beat.”

But, cautioned Muhammad, it’s important to keep in mind that the shifting social media regulatory landscape makes other avenues of communication critical. “Brands must focus on the customer journey and marketing automation beyond the initial social engagement to minimize the impact as regulation occurs,” he said.