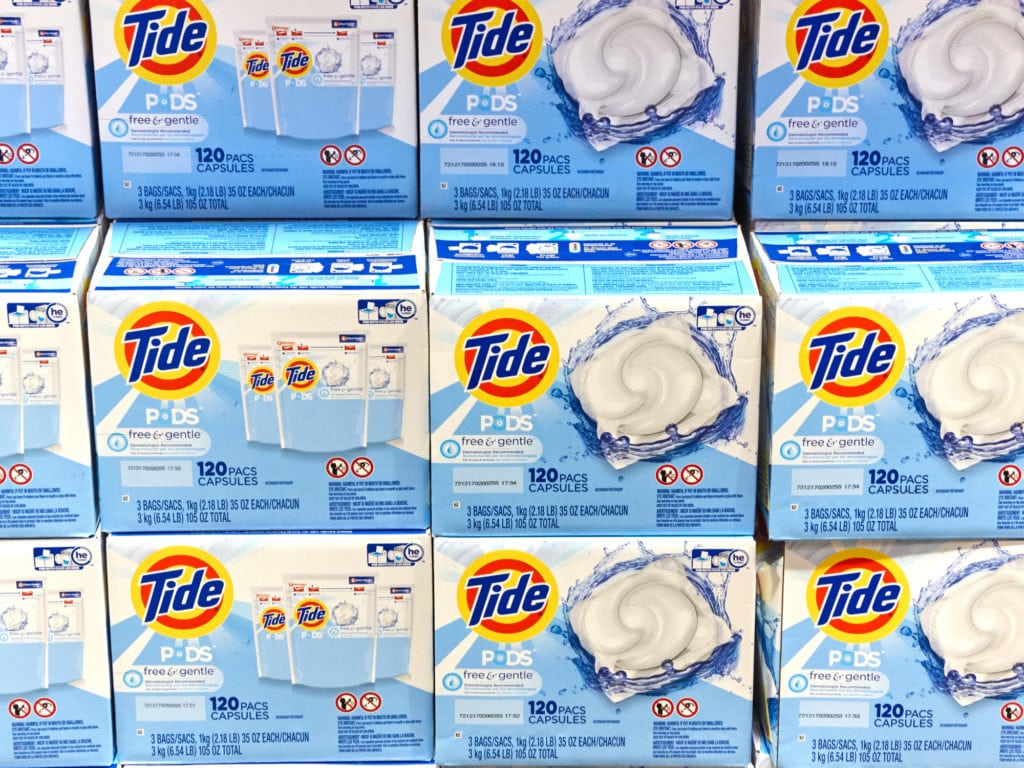 YouTube Cracks Down as It Stems the Tide Pod Challenge

YouTube is trying to manage the tide of the troubling Tide Pod Challenge, deleting posts of users eating the colorful detergent packets, in the latest black eye for the platform.

While the trend has prompted Tide’s parent company, Procter & Gamble, to mount a public service campaign, it also underscores YouTube’s challenges in governing its content.

Advertisers already wary of the platform and its record of questionable ad placements may now have further reservations. But one top communicator from a large B2B technology company said she didn’t think the latest controversy would scare away advertisers—but it does highlight the need for brands like Tide to always be on the lookout for such incidents of brand hijacking.

The videos in question show teens ingesting toxic laundry detergent packets, competing to see who can swallow the most. So far this year, 39 cases of people intentionally eating laundry detergents have been reported, after 53 were reported for all of 2017, according to the American Association of Poison Control Centers.

“YouTube’s Community Guidelines prohibit content that’s intended to encourage dangerous activities that have an inherent risk of physical harm. We work to quickly remove flagged videos that violate our policies,” the statement read.

For its part, Procter & Gamble said it’s working with YouTube and other social media channels to remove the content, and issued a humorous video warning about the trend, featuring Patriots tight end Rob Gronkowski.

What should Tide PODs be used for? DOING LAUNDRY. Nothing else.

Eating a Tide POD is a BAD IDEA, and we asked our friend @robgronkowski to help explain. pic.twitter.com/0JnFdhnsWZ

Last May, YouTube endured a firestorm when it was revealed that some ads were being displayed on violent and racist videos, prompting big advertisers like Coca-Cola and Verizon to suspend their spending on the platform. And in November, big spenders such as Adidas and Mars temporarily stopped advertising on YouTube when it was found that ads were being shown on disturbing videos of children.

The latest headaches come fresh on the heels of the controversy around Logan Paul, a popular vlogger whose video of a suicide victim sparked outrage and prompted YouTube to remove him from its ad program. And it comes the same week that YouTube moved to further restrict the kinds of videos that can earn money from ads.

Parent company Google announced Tuesday that only those channels with more than 1,000 subscribers and 4,000 viewing hours per year are eligible to earn ad revenue. In the past, the main threshold was that a channel needed to have at least 10,000 views.

“We’ve arrived at these new thresholds after thorough analysis and conversations with creators,” a blog post from Neil Mohan, chief product officer, and Robert Kyncl, chief business officer, read. “They will allow us to significantly improve our ability to identify creators who contribute positively to the community and help drive more ad revenue to them (and away from bad actors). These higher standards will also help us prevent potentially inappropriate videos from monetizing which can hurt revenue for everyone.”

But are these latest changes enough to assuage advertisers?