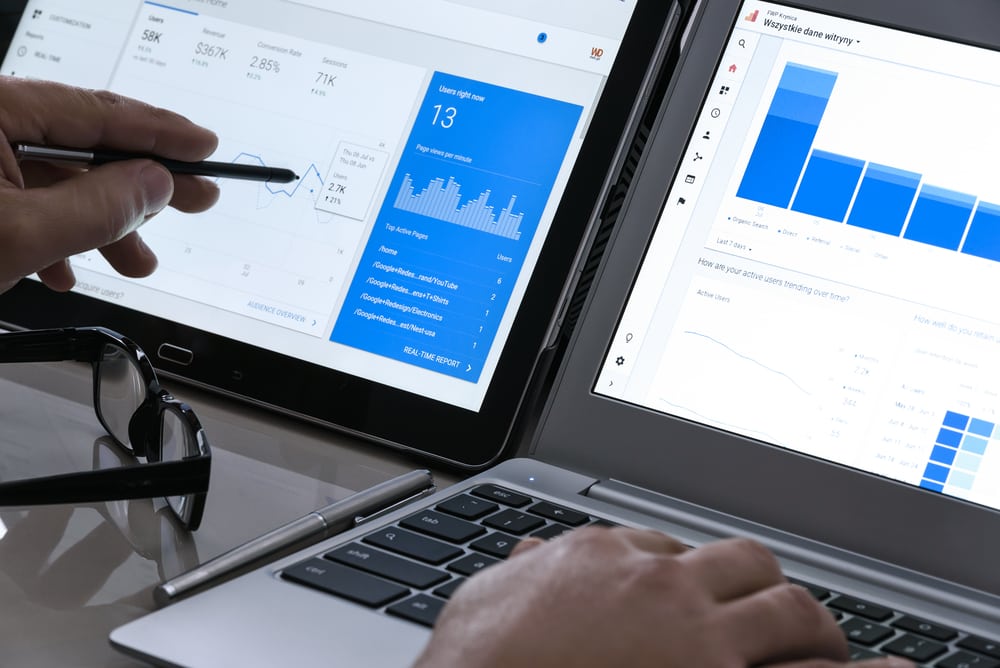 When measuring social media and website efforts, few metrics should be taken at face value.

Every major platform has some form of native analytic tool, and Google Analytics provides a wealth of information on the factors that affect a website’s performance. But it can be difficult to separate the signal from the noise, to wade through the sea of data generated in real time every day and figure out the effectiveness of your efforts.

By accepting the numbers you’re given and not digging any deeper, metrics can be misleading—data is only as good as how it’s interpreted and analyzed.

Here are three common mistakes communicators can make by looking only at the tip of the metrics iceberg.

That tweet you crafted just received 20 retweets in the span of a few minutes—congratulations! You swiftly check Twitter’s analytics to see that the tweet achieved a double-digit engagement rate in the first few moments of its life.

But don’t pop that champagne bottle yet. Take a look at the tweet again and ask “Who’s doing all of that retweeting?”

For example, a recent tweet promoting a PR News event seemed destined for great things. But of the 20 retweets it quickly received, half of them came from accounts that featured the same description (“If you believe that a thriving Small Business…”). A quick look showed that most of the retweeting accounts were clones of each other and set on auto-pilot, with hundreds of thousands of tweets to their name.

Impressions can be a useful ballpark figure, but often, communicators take this metric too much to heart at the expense of measuring engagement.

What exactly is an impression? It simply means that your content was delivered into someone’s feed, measuring the amount of times your content is displayed—not the number of people who have seen it.

So, a toddler thumbing through an Instagram feed on its parent’s iPhone counts as an impression. If somebody sees your Facebook posts, and it gets shared by a friend and they see it again, that counts as two impressions from one user. None of it means that anybody actually engaged with that post.

I spoke with Jessica Onick, a veteran communicator and data analyst who works at software maker Citrix, about the value of impressions earlier this year and this quote has stuck with me ever since.

“About four or five years ago, when we were still measuring impressions, we were getting more impressions than there were people in the world,” she said.

When you’re using Google Analytics to measure how many members of a target audience have viewed one of your web pages, there are a few caveats to keep in mind.

Another tip: People from within your organization are checking out your website too—but they’re not necessarily who you’re trying to reach. If you’re part of a large organization, this can artificially inflate your totals. To filter out pageviews that originate from within your corporate network, hit the “Admin” tab, then go to “Filter” and you’ll be given the option to exclude certain IP addresses.

Also, don’t forget to factor the date a page was posted when comparing one page to another. If you post a new blog every day, for instance, and want to know which blogs performed well that week, your Friday posts will likely have fewer pageviews than the page you created on Monday. Instead, look at the first seven days of a post’s existence to really compare apples to apples.