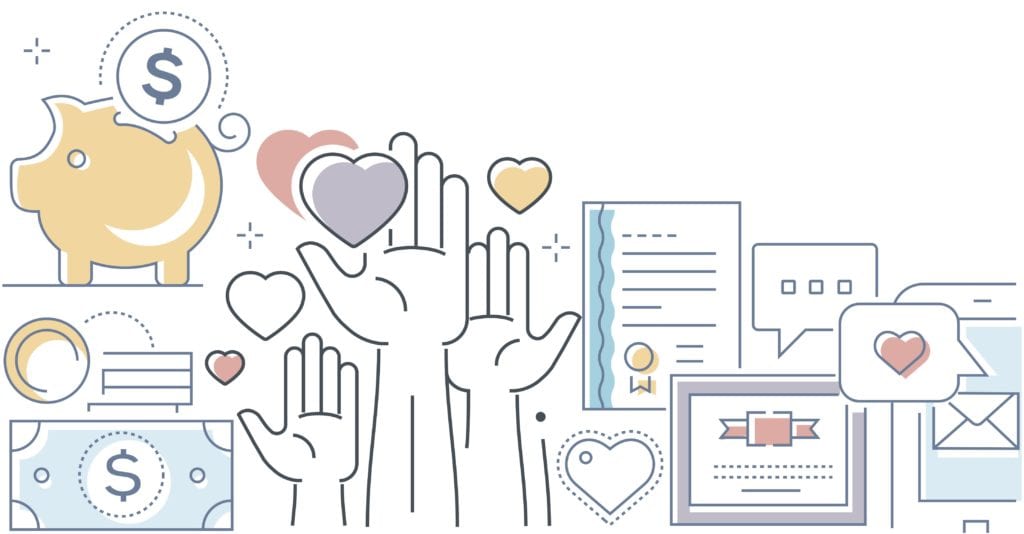 Social Advocacy
Back to What’s Shakin’

In its seventh year, #GivingTuesday isn’t just for charities anymore. With corporate brands throwing their support behind campaigns and nonprofits large and small, there are innumerable donor requests and partnerships vying for users’ year-end charitable donations (the campaign raised $300 million last year and estimates for this year are even higher). Along with a chance to do good, #GivingTuesday also provides useful lessons for social media marketers to use all-year round. Here are three:

A riff off of #GivingTuesday, nonprofit journalism outlets have created their own hashtag to seek funding. If anything, the hashtag illustrates the rise of nonprofit journalism and just how many of these types of news outlets are operating in the United States.  Launched on #GivingTuesday last year and organized by NewsMatch,  ore than 150 nonprofit are participating in this year’s campaign. But not everyone using the #GivingNewsDay is a nonprofit. One enterprising freelancer  started using the hashtag with a link to her PayPal account. (She has not, as of this posting, received any donations.)

On #GivingTuesday I hope you'll consider investing in #GivingNewsDay and supporting not only the non-profit publications, but the army of freelancers that work behind the scenes creating the content you consume.

Takeaway: If you have the reach, you can co-opt a hashtag successfully, but that doesn’t mean someone won’t co-opt you. While this reporter decided to jump on the #GivingNewsDay after campaign launch, it’s still a good practice to always check the activity on a hashtag before launching a campaign. (Read up on other hashtag best practices in Shake-Up speaker Carmen Collins’ blog post on the subject.)

The Salvation Army started participating in #GivingTuesday years ago and is doing so again this year. While the 153-year-old charitable service organization that provides meals and shelter among other services to underserved individuals does not turn away members of the LGBT community who are in need, the organization issued a position statement in 2012 denouncing marriage equality as a threat to religious freedom. This, along with the fact that some local chapters continue to identify trans individuals who use their residential services by their birth gender—not their lived gender—has haunted the organization ever since, leading some potential donors to boycott the organization. And a very vocal faction of social media users this year used one particular #GivingTuesday post to remind them that they won’t be donating today or any other day until the Salvation Army changes its position.

Hey, before I give … have u changed ur discriminatory LGBTQ policies?

The Salvation Army values and respects our LGBTQ clients and staff. Our mission is to support all who are in need, regardless of sexual orientation or identity. Learn more at https://t.co/Xh2wyXkJZF

Takeaway: While the Salvation Army’s participation in #GivingTuesday could be seen as tone deaf by some social media users, the organization did right by understanding the risk and participating anyway. It planned ahead by creating a landing page on its site that addressed the issue, providing the organization’s position on how it serves LGBT clients. While its official position was still not enough to appease all potential donors, it had planned ahead for such a situation and was able to respond when the issue was raised. (For more tips on social listening and how to mitigate a crisis on social media, download our new report, Crisis Management on Social Media.)

#NoKidHungry is an ongoing campaign by Show Our Strength, a national nonprofit whose mission is to end childhood hunger in the U.S. The campaign has been doing #GivingTuesday well for years, with nearly $215,000 raised in 2015. What’s more, their sponsors that year, Hickory Farms and Kettle brand, were two of the most tweeted brands that day. This year, Citi, a campaign corporate sponsor, has committed to a multi-million, multi-year investment, announcing it will match all gifts up to $100,000 made on #GivingTuesday. This, coupled with Facebook’s and PayPal’s $7 million matching grant to donations made on their platform, makes #NoKidHungry a case study in #GivingTuesday success. Grubhub, another campaign partner since 2014, launched a new initiative this year for the charity, that’s not limited to #GivingTuesday called “Donate the Change,” which allows Grubhub customers to round up their order price to the nearest dollar, with Grubhub donating the difference.

Takeaway: What’s the secret to #NoKidHungry’s success? According to the organization, it’s their online influencers, known collectively as the No Kid Hungry Social Council. Throughout the year, the council brainstorms campaign fundraising strategies. (Here’s how to make sure your next influencer campaign leads to a higher ROI.) And that’s also the secret to success—developing a fundraising plan that sustains giving all year.

As Danica Kombol, CEO of Everywhere Agency, points out, #GivingTuesday may not always be the high dollar-getter it is today.

“I’m all for giving back but I’m concerned that Giving Tuesday has reached a saturation level that’s not healthy for nonprofits,” she said. “Let’s face it, you have Black Friday, Small Business Saturday, Cyber Monday, followed by Giving Tuesday. How many times can people open their wallets?  I think non-profits are better served finding a unique time of the year when their specific cause stands out more.”