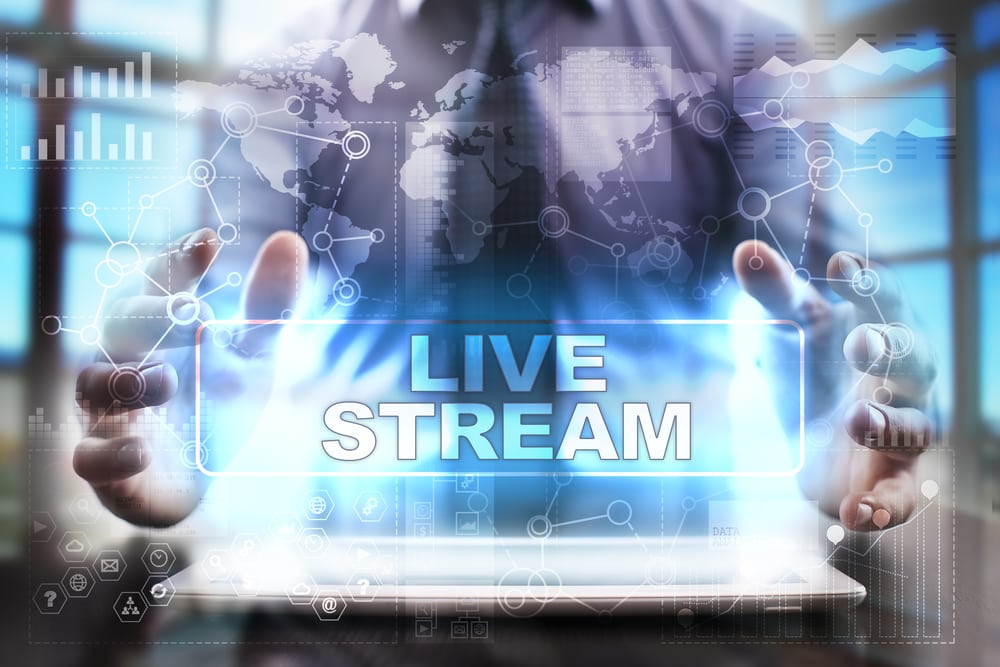 As we reach the two-year anniversaries of live-streaming mobile apps Meerkat and Periscope, it’s a good opportunity to remember that even if your business hasn’t yet broadcast its first live video, we’re still very much in the early adoption phase.

While the moniker “live-streaming professional” is thrown around a lot, some in the community are truly hitting their stride and creating genre-defining content.

If you consider yourself new to the space, here are six outstanding live streamers to learn from before you implement your own strategy.

Roberto Blake. Blake is a YouTuber with an immense body of work and massive subscriber base to back it up. As a self-described designer and creative entrepreneur, he brings value to his community of more than 200,000 subscribers daily, and frequently leverages live streaming to offer a personal connection with the most dedicated of his audience. Consistent across all channels, but most strongly committed to YouTube, Blake is often looked to as a leading voice on the latest news in the online video industry—but is always accessible via open, conversational videos. If you need a successful case study for all things video—not just live streaming—Blake’s channel is a perfect place to start.

Ross Brand. One of the most well-connected men in live streaming—and probably the most universally liked—Brand goes above and beyond every day to lift up others succeeding in the space. Through his LiveStreamUniverse Facebook page, Brand has established a niche of daily updates, where he gives viewers a concise, yet detailed rundown (via video, of course) of the best live streams to come. Brand pairs those daily updates with a regular set of live interviews of his own—every Monday with #LiveStreamStars; most Thursdays with #AskTheExpert—and mixes in atomized content on other channels that distinguishes him in a crowded space. Mitch Jackson and Jen Hoverstad. If your goal is to create a set of well produced, consistent content over an extended period of time, Jackson and Hoverstad are where you want to turn. Three time zones apart—he’s in California and she’s in North Carolina—the duo has combined to build an outstanding series branded as TheShow.Live. With an all-star lineup of guests like Gary Vaynerchuk, Peter Shankman, Kim Garst, Mark Schaefer and Caleb Maddix, Jackson and Hoverstad have persevered through several platform changes (RIP, Blab and Huzza) and continue to build a memorable and influential brand as others have fallen by the wayside. Both have built strong personal brands on their own across other platforms as well, making this duo and their content a great entry point for any new live streamer.

Brian Fanzo. The most important aspect of any great piece of content is that it doesn’t waste your time, and when you tune in to a live stream featuring Brian Fanzo, you’ll likely take value from each moment. Fanzo has risen through the ranks to become one of the most prolific and well-connected live-streamers in the world. He credits his significant cross-platform following to his love of embracing new technology (or #FOMOFanz, the theme of his new podcast), but his community-first approach makes him an ideal role model for the “right” way to build an audience from scratch.

Learn more from Chris Strub at the The Social Shake-Up, which will be held May 22-24, 2017 in Atlanta. Brand communicators from Coca-Cola, Dunkin’ Donuts, the Atlanta Hawks, Arby’s and many more will speak on a breadth of topics from content marketing to measurement to Snapchat strategy.

Joe Wilson. One of the hardest working men in live streaming, Wilson’s unique style and dedication to his craft make him the “expert” that even your digitally naive parents will love and understand. This Los Angeles-based director, writer and comedian lives by the mantra “We are all famous to a few people”—a phrase that I reference in every meeting with new live-streaming clients and students. Think about the phrase for a moment—and now think of how the ability to live stream at the push of a button has made de-facto celebrities of anyone brave enough to push that button. Wilson, flanked by his sidekick grey cat Mike and his camera-shy-but-utterly-beloved better half KZ, is the industry’s perfect anti-hero, building friendships worldwide one stream at a time.

My best advice for anyone getting started in live streaming is to start by watching, and these six have provided immeasurable knowledge to me on my own journey to becoming a live-streaming pro. Support them, enjoy their content and most importantly, learn from each stream and you’ll be well on your way as well.

Chris Strub is the first person to live-stream and Snapchat in all 50 U.S. states, having taken a 100-day solo journey in the summer of 2015 to work with youth-related organizations nationwide. He’s the author of “50 States, 100 Days: The Book,” a former social media consultant with Humana and a speaker at The Social Shake-Up 2017 in Atlanta. For more about Chris, visit TeamStrub.com.