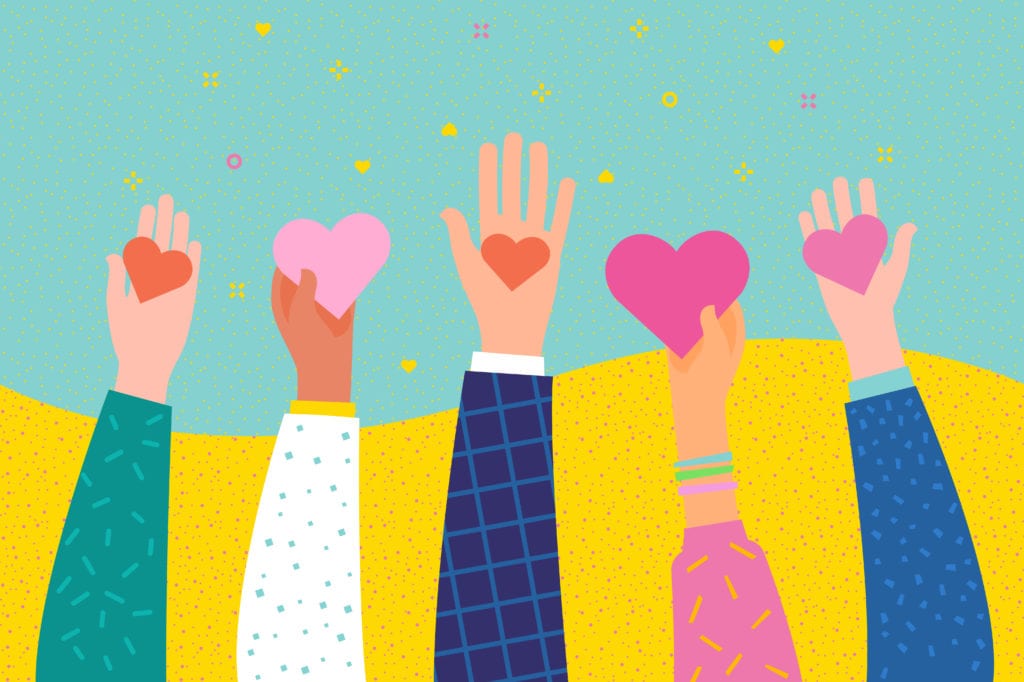 It’s no secret that one of the biggest adjustments any social marketer makes today is adapting to the tastes of the “citizen philanthropist.” Younger and older audiences alike are bombarded by today’s constant stream of troubling news underlined by calls to action, prompting them to find favor in corporations tied to social causes.

After the flourishing industrialization of the 1900s, the cyclical pendulum of consumerism is naturally pulled toward a communal sense of responsibility, as younger audiences hope to reverse the pollution and global harm brought by that era. The typical millennial passion for confronting and solving modern social issues is rooted in their often obsessive desire to know everything that affects their own lives.

This has been matched by similar trends in the social media world, as online controversies around GMO labeling and discrimination scandals have prompted a general need to know what happens behind the curtain of every process, from production to consumption. A looming bridge between this booming demand for social responsibility and the marketers who must build it can only be formed with transparency and campaigns that truly stand out.

Why Transparency Remains More Than Just a Buzzword

This indicates one of the most fundamental keys to any effective social good campaign—transparency. Today, the gap between business and consumer is closing in on itself, with a renewed focus on brand honesty. Many companies have chosen to publish their annual greenhouse emissions or taxes in an effort of extreme transparency. When it comes to corporate social responsibility, transparent tactics can be used to communicate the behind-the-scenes operations of a company that socially aware audiences demand to know.

Consider the Internal Investment of Your CSR

Nielsen recently discovered that the most successful companies that brand themselves  on social responsibility ‘identified a social cause internally they felt important to their organization and matched it to what consumers expect from them based on their product or service’.

In other words, when the internal communications team is passionate about a cause and can proudly represent it as an attached unit of their corporate mission, consumers pick up on the deeply rooted focus of the campaign. When individual employees and officials invest themselves in a social cause that is directly impacted by their business, campaigns translate much more authentically than a randomly selected partner charity with little personal significance to the brand and its ethics.

The modern consumer loves nothing more than visibly or physically witnessing their role in a social good campaign, but the most impactful movements have a long-term trajectory of success. For example, Ford’s publicly announced plans to transition a large portion of their products to electric vehicles gives the impression of genuine commitment to a cause for more than a quarterly or seasonal gesture of social awareness. Projecting that a social cause is important enough to create strategies for the future builds trust among new customers, and loyalty among pre-existing clients.

In many cases, successful conglomerates are the culprits of the climate change crime, discrimination cases, and global waste. It’s crucial to establish a sense of honesty through corporate communications by owning your role in creating problems, while proving how you will solve them.

Amazon’s initiative to cut its carbon emissions in half by 2030, for example, is a gesture of social awareness despite the company’s role as a major contributor to carbon emissions in its past decade of non-stop development. Choosing to campaign a social cause that is directly caused or affected by your specific corporate actions makes the message more relevant and honest.

Make the Impact the Incentive

Curating a social responsibility campaign that inspires rapport among audiences through tangible philanthropy is a challenging but tactful strategy. TOMS presents an exemplary model of how corporations can propose a give-and-take model that encourages CSR at every transaction. For every pair of TOMS shoes bought, the company vows to give one pair to a child who needs shoes.

This direct reciprocity draws a uniquely close connection between the consumer and the campaign. Visible impact can be used as a major tool in establishing reputable and recognizable CSR initiatives.

CSR Slogans Can Be Catchy, Too

Nothing immediately bonds a brand to its CSR like an industry-relevant and memorable slogan. Brands that pinpoint how their own organization can infuse business with philanthropy run the most noteworthy initiatives.

While an environmental donation percentage from every purchase displays effort and awareness, campaigns that combine a brand’s own goals with a charitable cause are groundbreaking. LEGO’s “Build the Change” movement is one example of how a brand can take the fundamental purpose of its product and use it to cultivate a perfectly concise and recognizable slogan.

Commit to a Versatile Issue

Intersectionality among social issues is something new brands can capitalize on in today’s social media climate. While CSR may have previously existed in its developmental, environment-focused context as a new branding concept, audiences expect social campaigns to stretch across varying issues. Young audiences are now passionate about a variety of different issues and the ways in which they intersect with each other, rather than feeling gratification from a ‘save the planet’ donation jar at checkout.

Making a ‘real’ difference has changed the motive and fundamentals of running a CSR campaign. Whereas the budding of socially aware brands brought floods of environmentally-conscious funds and side-efforts, present-day CSR campaigns are twice as impactful when political, interpersonal and professional issues of inequality and discrimination are addressed together, representing a contemporary knowledge and genuine concern for the corporate effect on world problems.

Mapping out a detailed campaign calendar is the best way to strategize long-term goals and navigate how to achieve them. Thinking first about the ideal outcome of your brand’s CSR before diving into the marketing helps clear the way for more innovative, creative and brand-specific campaign ideas. Prioritizing the audience’s reaction and subsequent reaction to the brand’s cause is a proactive way to predict the most effective CSR branding path.