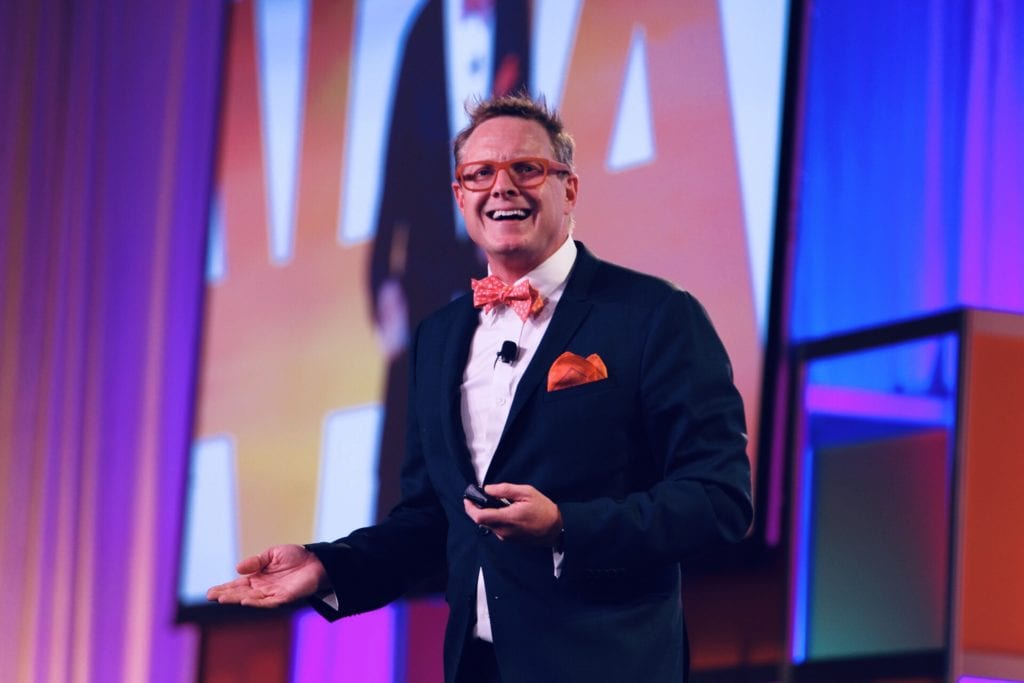 By: The Social Shake-Up Editorial Team

Andrew Davis spent much of his Social Shake-Up 2019 keynote urging social marketers to move away from “spray-and-pray” tactics and into delivering audiences the kind of content they want, when they want it.

Davis humorously pointed out we have a “FOMOOASP” problem: fear-of-missing-out-on-another-social-platform. “The marketing pie isn’t getting bigger, it’s just getting sliced more ways,” he said. He noted that brands’ budgets and time haven’t kept pace with audiences’ multi-channel content diet.

This has created a distribution and promotion problem for marketers, said Davis. “We are puking our content everywhere!” he joked. Davis also likened pursuing positive metrics to addiction. “Stop chasing the next high,” Davis said. “What if we try to build momentum, instead of chasing the spikes?”

Davis named TripAdvisor as one example of a brand focused on momentum instead of static engagement metrics. Annually, TripAdvisor takes stock of its reviews and generates its Traveler’s Choice Awards. Davis offered a case study of the brand’s “Top 25 Beaches in the U.S.” campaign. For this initiative, TripAdvisor:

Davis admitted that on the surface, TripAdvisor’s multichannel laundry list looked like “content vomit,” but that behind the scenes, they were focused on building momentum and on strategic timing.

Most brands rely on PR as a first step in campaign launches, but the business of media has changed so much that it’s now more effective for brands to promote newsworthy content after it is successful on social. The media wants access to content that is already audience-tested, and offers social proof (to the tune of hundreds of thousands of engagements, in TripAdvisor’s case).

His parting secret: Kill it on one channel at a time.

Follow @social_shakeup  for up-to-the-moment updates from the Shake-Up Show.