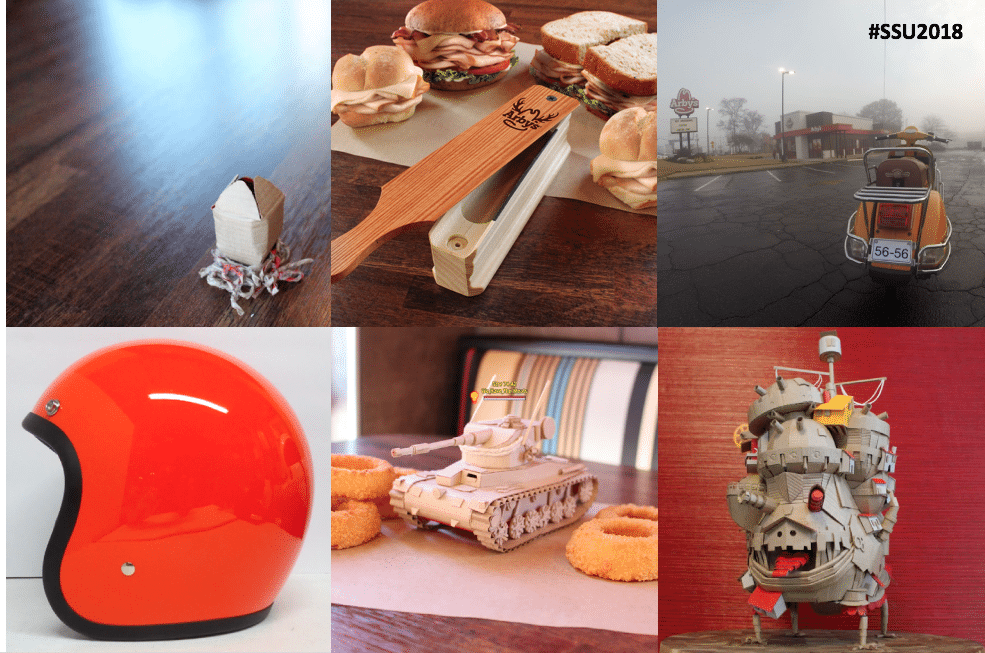 How Arby’s Leveraged Nerd Culture in Its Social Media Messaging

Brands that are marketing on social media have the added challenge of not only competing with other brands in their industry, but also with followers’ friends, family and interests. So, how can communicators break through social timelines to create branded content that doesn’t feel forced or fake, but instead is fresh and fun—all while maintaining the organization’s voice?

Josh Martin, senior director of digital & social media for Arby’s, spoke at the 2018 Social Shake-Up in Atlanta about how Arby’s tackled this problem by leveraging one of the greatest forces on the internet today: nerd culture.

You may have seen Arby’s ads on your own social feeds, in which the company takes a popular movie or video game like Harry Potter, Pokémon or Mortal Kombat and uses its food and/or packaging to design handmade crafts around the pop culture reference. Martin said that once Arby’s began marketing on social this way, engagement with its posts went off the charts.

But how did Arby’s begin this process, and why was it so successful? Martin explained that the fast-food industry is “cluttered” and that other quick service restaurant (QSR) brands were far outspending Arby’s in terms of marketing budgets. Martin and his social team needed to discover a new tactic to reach audience’s timelines in a way that felt authentic and original.

The team began with social targeting. Audiences of niche topics tend to be highly engaged, but they need to be found before they can be reached. Targeting makes sure the content gets to the right people on the right platforms at the right time.

It was also important to clearly define the company’s point of view and personality on social. When a company tries to insert itself into a cultural conversation, especially when it involves “fandoms” that are obsessive about a particular game or movie franchise, it can often feel strained and unnatural—like the company is trying too hard to be “cool.”

But Martin specified that when creating these ads, Arby’s prioritized engaging over selling, quality over quantity and making sure the ads were contextually relevant to the cultural reference. The company inhabited the persona of the unabashed fan—and a fan will always talk more about the subject matter than about themselves. This helped the content to feel real for the consumer, because they felt the company truly loved the subject matter as much as they did.

Martin also emphasized that social listening was critical to the success of these social advertisements. Not only did this allow Arby’s to listen to specific requests from existing fans, but listening “helps us find entry points [into existing conversations] in real time, increasing relevancy and authenticity,” Martin said.

Above all, given today’s sky-high volume of information on social feeds and audiences’ aversion to advertisements, it is crucial to take risks in order to break through to your audiences. Martin advised attendees not to be afraid to be different. Don’t feel like you have to market a certain way because of the industry you’re in. And lastly, never stop testing and evolving your social strategy.