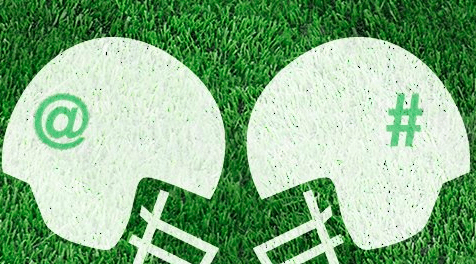 Your Brand Can’t Afford a Super Bowl Ad? You Can Still Compete in Twitter’s #BrandBowl

Given its real-time nature, Twitter is a great platform for brands to “win the moment.” And on Sunday, Feb. 4, brands can win the Super Bowl too.

Twitter announced its first ever Brand Bowl, a competition that will award prizes to brands whose commercials are most often referenced on the platform during the game. But the awards aren’t dedicated only to those that can afford the astronomically priced ad space: One award has nothing to do with TV commercials at all.

There are four main categories to #BrandBowl52, including honors for those with the most brand-related tweets overall (#MVP), the most tweets per-minute (#Blitz) and the most retweets of a single Tweet (#QuarterBack).

But the fourth award, dubbed the #Interception Award, will honor any brand without a national TV spot that drives the highest percentage of brand conversation during the game (think Oreo’s blackout tweet during Super Bowl 47).

Beyond those four main awards, the #BrandBowl52 will also honor brands that receive the highest percentage of in-game conversation versus their competitors in a given industry, such as dining, entertainment, technology and telecommunications and automotive.

So what’s at stake for brands, beyond bragging rights?

“Winners will receive a suite of exclusive ad products and custom consumer research opportunities to fuel their future Twitter campaigns in 2018,” said Ryan Oliver, Twitter’s director of brand strategy in the U.S. and Canada, in the blog post announcing the #BrandBowl52. “Additionally, all winning brands will receive custom trophies for their brand headquarters, media and creative agencies.”

The winners will also be highlighted on Monday morning during BuzzFeed’s live morning show AM to DM.

Users can receive real-time notifications whenever a new spot airs by retweeting a post from @TwitterMKTG. After each quarter, subscribers will receive notifications with a Twitter Moment that will feature the spots that aired during the quarter, and another notification announcing the winners after the game.

Can’t wait to see new commercials as they’re released during the big game?

Retweet to subscribe for updates throughout the game on February 4th and catch all the #BrandBowl52 advertiser spots from @TwitterMktg. pic.twitter.com/1RyUxroCXl

To tally up the results, Oliver said that Twitter’s Semantic Core team will monitor all conversations “from coin flip to the final whistle,” to track the brand and ad mentions that drive engagement on the platform. But you have to be in it to win it: Only brands that enroll in the #BrandBowl competition will be eligible for prize consideration.

Last year, more than 27.6 tweets about the Super Bowl were posted, accounting for a whopping 5.6 billion views, the company said. And during last year’s game, Twitter saw a 20% lift in new visitors as well as a 14% increase in time spent on the app.