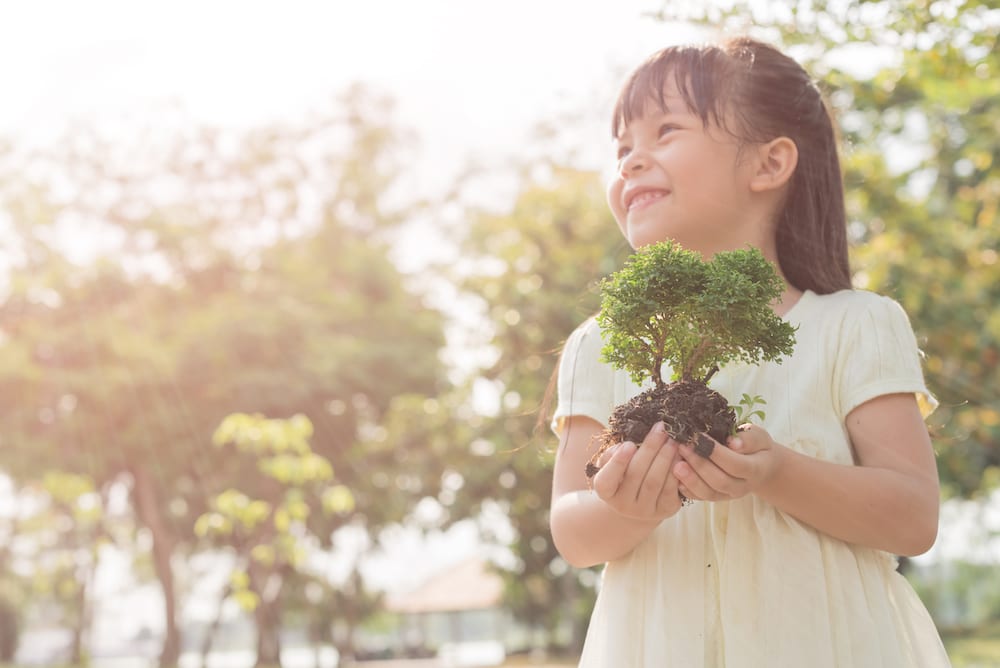 Case Study
Back to What’s Shakin’

This week marks the 50th anniversary of Earth Day. And while many companies and individuals have pivoted their communications strategy in light of the coronavirus crisis, some are seizing the moment to draw attention to a world on the brink of environmental disaster.

An increasing number of scientific publications and mainstream media editorials are calling for global action to “flatten the climate curve” as global health and economic frameworks are remade in a new post-COVID-19 image. And, as commercial activity has waned, pollution has dropped to record lows in cities worldwide, with Earth Day 2020 serving as an opportune time to launch and continue conversations around climate change.

Earth Day is no stranger to marketing and communications. It was launched by the legendary Marilyn Laurie, who passed away in 2010. Laurie co-founded Earth Day in 1970, a milestone that ultimately won her a position as senior vice president of public relations for AT&T, “the highest ranking woman in company history and the first woman to head PR for a Fortune 50 company,” per The Museum of Public Relations.

In the decades since the environmental awareness holiday was launched, numerous organizations have tied the spring months to environmental sustainability and stewardship initiatives. Whether pledging to reduce an organization’s environmental impacts, investing in fossil fuel alternatives or teaching kids the importance of conservation, just about every kind of organization has an “in” on climate action.

Earth Day Live: From April 22-24, a diverse group of politicians and entertainers—former Vice President Al Gore, Chelsea Handler, Rep. Alexandria Ocasio-Cortez, former Secretary of State John Kerry and Questlove to name a few—will appear on climate-focused live streams organized by 500 nonprofit and advocacy organizations that make up the U.S Climate Strike and Stop the Money Pipeline coalitions. A massive in-person Climate Strike had been in the works since January, but has gone digital due to COVID-19 restrictions. The mission statement promises an “empowering, inspiring, and communal three-day livestream mobilization,” and an interactive map allows viewers to tune in throughout the week. To help supporters get the word out, digital resources on offer include a website widget, social media graphics and banner ads.

I’m joining with young people all over the world to mark the 50th anniversary of #EarthDay with 3 days of powerful, collective action online. Tune in to #EarthDayLive April 22-24 and RSVP here: https://t.co/bPUGPHAc9x #StrikeWithUs @FutureCoalition pic.twitter.com/eJTQbUdvSn

World Wildlife Foundation: The global nonprofit is going all in on user-generated content this year, encouraging audiences to submit conservation-themed artwork based on one of its six mission areas every day this week. Using the #ArtForEarth hashtag, participants can tag WWF for a chance to get their work shared with the organization’s millions of followers. (Coloring book pages for children are also available.) It’s a smart move, drawing attention to WWF’s work while providing its audience with a much-needed creative outlet. Plus, WWF will have access to a treasure trove of eye-catching content for months to come—talk about a smart use of resources.

Today is the first day of #ArtForEarth and today’s theme is wildlife. Share your art featuring species from around the world and don’t forget to use #ArtForEarth and tag @world_wildlife. We will be looking to share some of your art! Learn more: https://t.co/NxfXsFJGSb pic.twitter.com/rsWskYnybH

Hyundai Worldwide: With a little help from K-pop superstars BTS, the Seoul-based car company has launched a #DarkSelfieChallenge encouraging people to reduce their energy usage at home by taking a photo of themselves in the dark. The messaging is simple: “One small action can make a big difference.” Conservationists have called for reducing home energy use for decades, so it’s a helpful reminder for everyone watching from home (read: everyone). It’s also a neat bit of sleight of hand from a car manufacturer seeking youth approval from those in the Earth Day Live demographic, given the automotive sector’s contribution to CO2 emissions. Perhaps the brand could have refreshed the “eco-friendly materials” messaging in its newsroom?

Help the planet from home! With Hyundai, I’m taking part in the #DarkSelfieChallenge. Turn all the lights off and take a selfie with the flash on. Show yourself in the dark to shed light on climate change.#DarkSelfieChallenge #EarthDay  #StayHome  #HyundaixBTS #NEXO @BTS_twt pic.twitter.com/CvUwpIMX9I

Fridays for Future: In January, climate activist Greta Thunberg trademarked her student strike movement, #FridaysforFuture, and launched a nonprofit of the same name to handle financials and messaging (namely, donations and book sales). On Jan. 30, Thunberg told BBC News the move was in an effort to stop impersonators from using her name to collect money, contact high-profile individuals and spread false messaging.

In tandem with Earth Day and online Climate Strike events, Fridays for Future is calling attention to climate change as an urgent threat that has been overshadowed by the pandemic.

On April 21, the group released a simple, but effective 1-minute video ad on YouTube, titled “Our House is On Fire.” In the video, a family goes through a morning routine, ignoring the fact that their house is going up in flames as they pack school lunches and sit down for breakfast.

“The world has stayed home to stop the spread of the novel coronavirus, temporarily decreasing carbon emissions. But with the pressure on nations to reopen…it’s widely assumed pollution will likely return to pre-outbreak levels. The new ad is intended to remind people of the urgent task at hand,” noted Ad Week’s Doug Zanger.

In addition to Ad Week, the ad has already won coverage in The Drum, Reuters and The Hill. The video’s success thus far should remind communicators that keeping visuals concise and simple is a solid strategy for memorable storytelling. It’s also cementing the “Our House is On Fire” maxim to Thunberg’s personal brand (her book carries the same name).