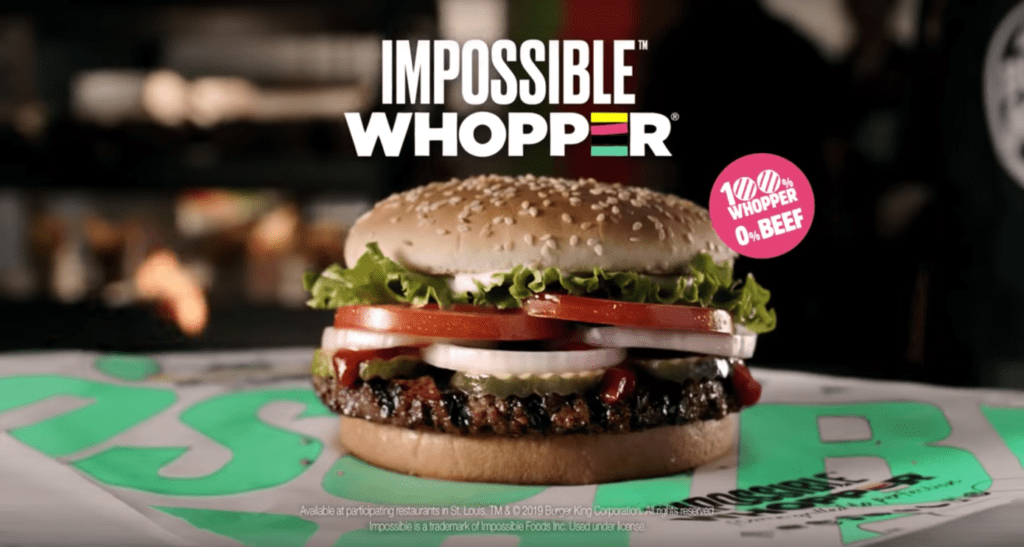 Nothing is impossible when your audience’s tastes change. Including turning Burger King into a vegetarian-friendly option for a meat-eating audience.

What does this mean for fast-food lovers trying to be more health and planet conscious? It means the Impossible Whopper is here to stay, and Burger King will release it nationwide to 7,300 locations by the end of this year. As of now, the burger has only been released in the St. Louis market.

Burger King did many things right in this rollout. Audience testing and the role of data played a large part in their decision. Surprisingly, Burger King did not look to coerce vegetarians with this burger, reminding us that sometimes the most obvious audience is not the correct audience. Instead, the burger chain targeted an audience of meat eaters who may be looking for lighter options.

Chris Finazzo, president of Burger King North America, told CNN the product was designed for “somebody who wants to eat a burger every day, but doesn’t necessarily want to eat beef everyday.” The Impossible Whopper allows for another option to get those people in the door.

Vegetarian or not, curious eaters are embracing the plant-based food trend, as evidenced in the wider availability of plant-based menu options. In addition to grocery stores carrying the Impossible Burger and Beyond Meat products on their shelves, major restaurant chains like White Castle, Carl’s Jr., Umami Burger, TGI Friday’s and others now provide plant-based items on their menus. With increased access comes a wider audience. According to The Good Food Institute, the plant-based alternatives (to conventional animals foods) retail market is now worth over $3.7 billion.

Studies also show that it’s not just health that plays a role. The environment and sustainability play a part in one-third of U.S. consumers food choices, according to research firm Mattson.

Data matters. And if brands pay attention and connect the dots, they can make smarter decisions based on extensive consumer research that exists at the click of a mouse. If resources allow, in-house audience surveying can generate even richer insights. Even smaller companies with strict budgets can learn about their audiences on social media, meanwhile, through Twitter polls, Facebook questions or Instagram Live Q&As. Trim the fat on audience strategy, and get to the meat of the matter by connecting directly.