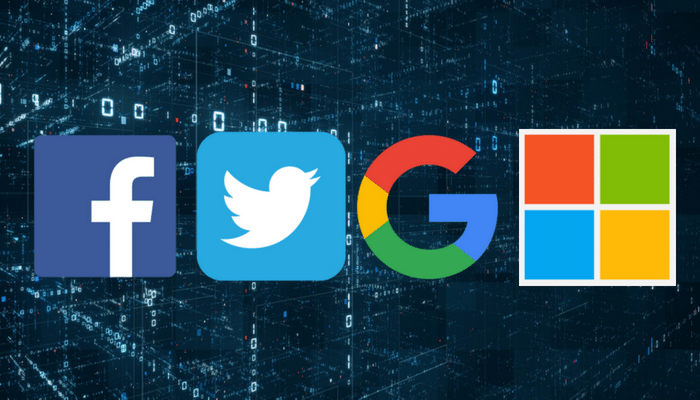 Four tech titans have joined together to give users more access and control over how their data is used on the internet.

In a white paper released on the morning of July 20, Facebook, Twitter, Google and Microsoft announced a new program called the Data Transfer Project (DTP), an initiative to “create an open-source, service-to-service data portability platform so that all individuals across the web could easily move their data between online service providers whenever they want.”

Though users already have the ability to download their personal data from these platforms individually, it’s difficult to then use that data when signing up for a new platform. According to a post on Facebook’s newsroom, this is because “every service is built differently and uses different types of data that may require unique privacy controls and settings.”

The project hopes to combat this by creating a common format for the data transfer between any of the four platforms. The white paper explains that the data is accessed “using services’ existing APIs and authorization mechanisms…[the program] then uses service-specific adapters to transfer that data into a common format, and then back into the new service’s API.”

Essentially, instead of reinventing the wheel on how each platform stores its users’ data, the companies created a new type of code that can interact with any platform’s source code. The idea seems to be that eventually any company that stores users’ data digitally can eventually offer this as an option to them (the project is currently in development and not available for wide use yet).

Potential use cases include user-initiated data backup, leaving a social platform or testing a new one with all your data already loaded. And, as TechCrunch pointed out, “The DTP could potentially offer a solution to a major problem with social networks…: you can’t find your friends from one app on another.”

As questions about how social media platforms handle user data have abounded over the past year, this initiative seems to be an early start in combating that problem and hopefully instilling more user trust in platforms when it comes to personal information. In a section called “Why do we need DTP,” the white paper states, “Users should be in control of their data on the web, part of this is the ability to move their data.”