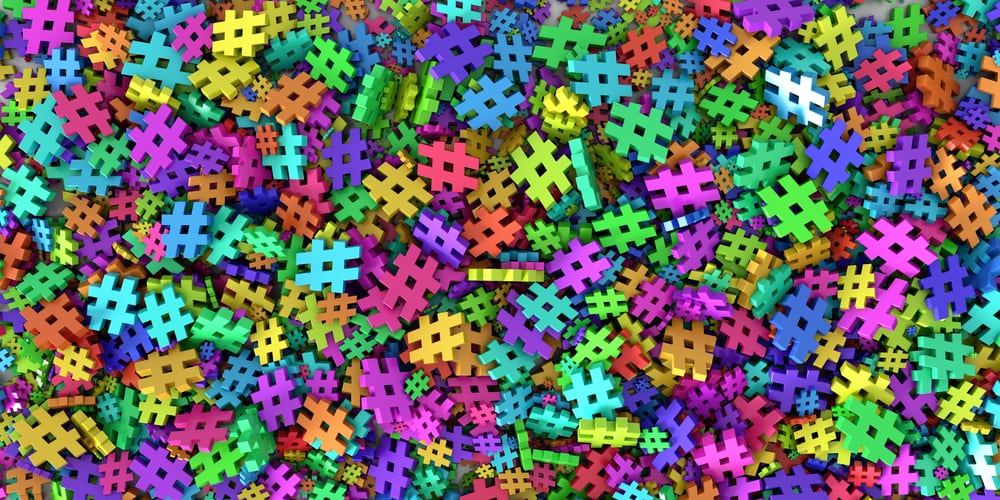 The hashtag is about 15 years old, but it has still got to be one of the most misunderstood social media tactics ever.

Hashtags were a Twitter invention that allowed you to find, follow and engage in a conversation. They’re a way to get your content in front of people who aren’t following you, but are talking about a subject similar to what you’re posting about.

Think of a hashtag like a conversation at a party. When you’re at a party, you don’t want to be in the corner mumbling to yourself. You want to be the life of the party, the person everyone is talking to.

Yet, when used badly, hashtags can quickly turn you into an outcast. Or, to paraphrase the character Inigo Montoya from “The Princess Bride”—”You keep using that hashtag. I do not think it means what you think it means.”

Here are three mistakes I see after all this time.

Branding With a Hashtag

Let’s say you’re in Austin hanging out with the cool kids at South by Southwest. The hashtag everyone is using to talk about the event is #SXSW, but you want to brand that conversation and let everyone know your company is part of it. So you change the hashtag to #BrandNameSXSW. Congratulations! You’ve just taken yourself out of the conversation and started one that you’re only having with yourself.

There’s a better way to go. For example, at Cisco, we want to talk about how great our intern program is. We could use #CiscoIntern, but the only people using that hashtag are already Cisco interns.

If we split the hashtags instead, using #Cisco and #Intern, we’ve now branded the conversation but are still participating in the larger conversation among all people talking about internships. Actually, we’ve reached more people this way, so we’ve more effectively branded ourselves in the conversation.

There are two exceptions to the above rule that make this an acceptable hashtag practice.

Remember, hashtags may not be what they seem. Do your research. What is that hashtag about, and does it make sense for you to use it?

When #WhyIStayed was trending on Twitter, DiGiorno used the hashtag to promote its frozen pizza. What the brand didn’t realize was that the hashtag was trending around the struggle of domestic violence. Welcome to your new PR crisis.

Remember, just because something is trending, doesn’t mean you need to show up in the conversation, especially if it doesn’t apply to your brand at all.

For example, let’s say the hashtag #RuinAGoodThingIn4Words is trending. If you can be clever and ruin something in four words that relates to your business, have at it! But if it’s just four random words, why bother? What does getting into that random conversation earn you, other than a few sideways glances?

You have mere milliseconds to capture someone’s attention in their Twitter feed, so why not take the extra time and make it easy for the user to identify with your content?

There’s also the most infamous example of this mistake I know of—when Susan Boyle released her album with the #susanalbumparty. Go ahead, read it again if you need to. I’ll wait.

See? Capital letters are your friend.

Hashtags hold power, but like any other power, it can have adverse affects if not used in the right way. Know them, love them and use them wisely.

Carmen Collins is the social media lead on Cisco’s Talent Brand team, and was recently named the 2016 Social Media Professional of the Year by PR News. Over her career, she has helped several Fortune 500 companies engage with their audience through great content and building relationships.