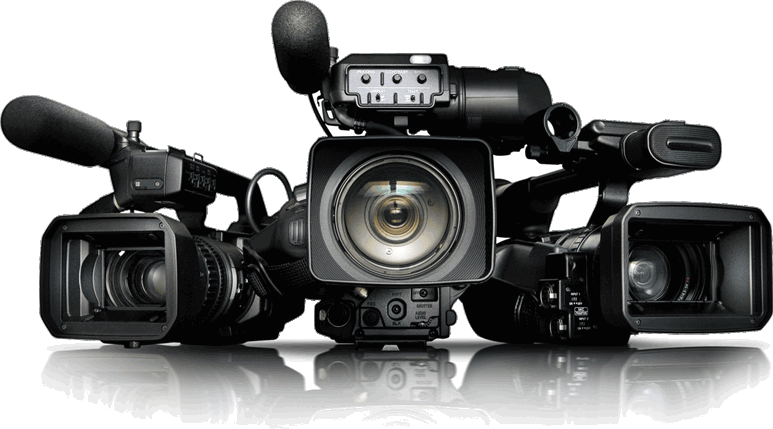 It seems difficult to talk about anything other than the upcoming presidential election. Indeed, we’ll lead this article with a reminder that not only are Facebook and Twitter diving into live streaming, but YouTube is doing its part to expand the ubiquity of video. YouTube said Oct. 10 the second presidential debate’s live stream and on-demand videos attracted in excess of 124 million views. That figure bests both the first debate and TV’s live viewers total of 66 million. While the figures are not a direct comparison—TV counts just U.S. viewers, YouTube counts its global audience and on-demand viewing of the debate and debate-related videos—the YouTube tally is 40% better than its numbers for the first debate. It means a lot of people are interacting with the platform, making it relevant to you as a communicator. Some 90% of video search results from desktop PCs come from YouTube, according to SearchMetrics’s 2016 report. The figure for search results on mobile devices is 72%, the report says.

O.K., but without Hillary Clinton and Donald Trump appearing in your production, and lacking the professionals and budgets of the major broadcast, cable and Spanish-language networks, does your brand’s video stand a chance? Indubitably so, communicators tell us. In this first of this two-part series we’ll concentrate on bolstering your YouTube content; part II, in a future edition, will focus on measurement and analytics.

Set It And Forget Works for Ron Popeil, Not YouTube: The experts we heard from agreed on several things across the board, including the importance of consistency with your YouTube content. “A lot of brands post just one video on YouTube and forget it,” says Ian Beckman, video producer at W2O Group’s W2O Films. It’s a common error with brands, Beckman says. Instead, he recommends “taking a long-term view…have a plan” for posting several videos on a regular basis “over the course of time.”

Another tip: Think of your YouTube content plan as the 11 o’clock news, he says. TV viewers expect the news to be there every night at the same time, Beckman says. And make sure your video’s CTA includes a mention of future YouTube video content from your brand, Beckman and Rose Mary Moegling, manager, customer engagement,Toshiba America Medical Systems, say. You can insert this message as text at the end of your video, but Beckman and Moegling prefer to include it as spoken content.

Another tip Beckman and Moegling agree on: Access YouTube’s Creator Playbook. It’s an invaluable resource for content creation and analytics, they say. It’s free and can be downloaded.

Budget Buster:Can engaging YouTube videos be created on a tight budget? This is another area of agreement among the communicators, who insist this is a non-issue. “The barrier to entry is low,” says Clay Helm, PR director at software developer Autodesk. She cites inexpensive and free tools for shooting and editing including Filmic Pro, Gravie and iMovie, which are video and editing apps that can be downloaded to mobile phones. To illustrate the ease with which communicators can shoot YouTube videos, Helm says, “We just hired a [professional videographer] to tutor our PR pros in Europe…these are communicators, not video experts.”

So, how many YouTube videos are needed daily, weekly, monthly to demonstrate that a brand is being consistent? There’s no magic number and resource constraints will dictate, Beckman says, as will your video goals, Moegling adds. Still Beckman recommends one video per week if possible. On the other hand, he says, “be flexible in the wake of change and capitalize on viral-ity,” he says. If a trend or a video hits, build on it quickly.

YouTube is Not Dropbox:Another area of agreement is avoiding using YouTube as a repository for your brand’s videos. Again, it’s similar to the “set it and forget it” advice above. Adds Helm, “We find YouTube is a great way to connect emotionally with consumers.” Is there a better way to un-connect from consumers than by creating a YouTube channel that feels inconsistent and like it’s merely a storehouse? Several ways to avoid this: In addition to regularly updating the channel, organize your main channel page as a hub, complete with playlists that are easy to read and navigate, Beckman says.

One way to make your brand more human via YouTube is to work with influencers. In May, Autodesk launched an integrated marketing campaign for a product TinkerCard, aimed at K through 8th graders. Before launch, the brand engaged in extensive research about this audience, what it talks about socially (Minecraft was one of the top trends, Helm says; Moegling advocates using Google Trends for research) and who some of its top influencers are, Helm says. A tip: A social listening project is a great assignment for MBA summer interns, she says. A $30,000 budget resulted in 6 videos the influencers produced through a “collaborative process” with the brand. This included shout-out videos, she says, where influencers shared their scripts in advance with Autodesk. Still, Helm notes the videos had to be authentic to the influencers. “We didn’t want them to seem too much like commercials,” she says. “You see our logo and hear our call to action…but we try to be subtle.” Paying influencers to make videos was a new experience for Autodesk, but “video is where this audience is spending its time,” she says. The result was a tremendous increase in this audience for Autodesk.

Moegling’s experience with video changed about 30 months ago, she says. Preparing a long-form video for a major event, she looked at analytics and found little engagement. At that time her brand’s videos were in excess of 6 minutes long, she says. “Our engineers thought it was important to include all the bells and whistles” of the medical equipment Toshiba sells in its videos.

Eventually someone saw a cooking video, where a single procedure, how to slice an onion, for example, was the subject of a 60-second video. For the event Toshiba created 30-second videos. “We took it way down,” she says. Eventually is settled on short, “bite-size” videos of 1 to 2 minutes, highlighting a small part of a larger story, she says. Importantly, the CTA at each video’s end “steers” the viewer to another video in the series, Moegling says. A successful series the brand has started features videos lasting 60-90 seconds that answer a single question. The title: Ask Toshiba.