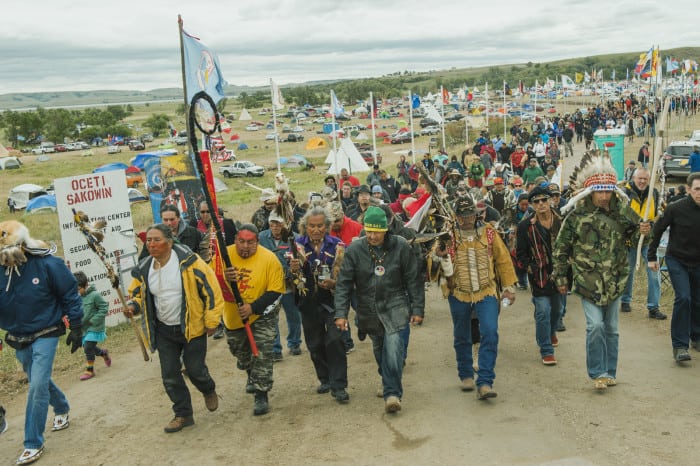 Before you go live with a video broadcast on either Facebook or Periscope, consider this: Following viral Facebook Live coverage of Native American-led protests against the construction of the Dakota Access pipeline, Democracy Now! reporter Amy Goodman is facing riot charges from the state of North Dakota.

If you’re a brand communicator, you’re not likely to wade into politically hot waters, but in this incendiary cultural moment any topic can inflame certain groups of people—or the government. This case in particular demonstrates the increasing power and inherent dangers of live streaming and the seriousness with which government authorities are approaching the medium.

The video of the protest, posted to Democracy Now!‘s Facebook page on Sept. 4, shows Dakota Access security forces employing attack dogs and pepper spray against the protesters, and has racked up 14 million views since it was posted. The video has been picked up by mainstream outlets including CBS, NBC, NPR, CNN, MSNBC and The Huffington Post. (For contrast, U.S. Congressman Beto O’Rourke’s Facebook Live stream of the widely covered Democratic sit-in in June has garnered 417,000 views as of this writing).

The Goodman case may be a good indication that communicators seeking to broadcast events with even the remotest controversial or political implications should consult their legal departments, when possible, before going live.