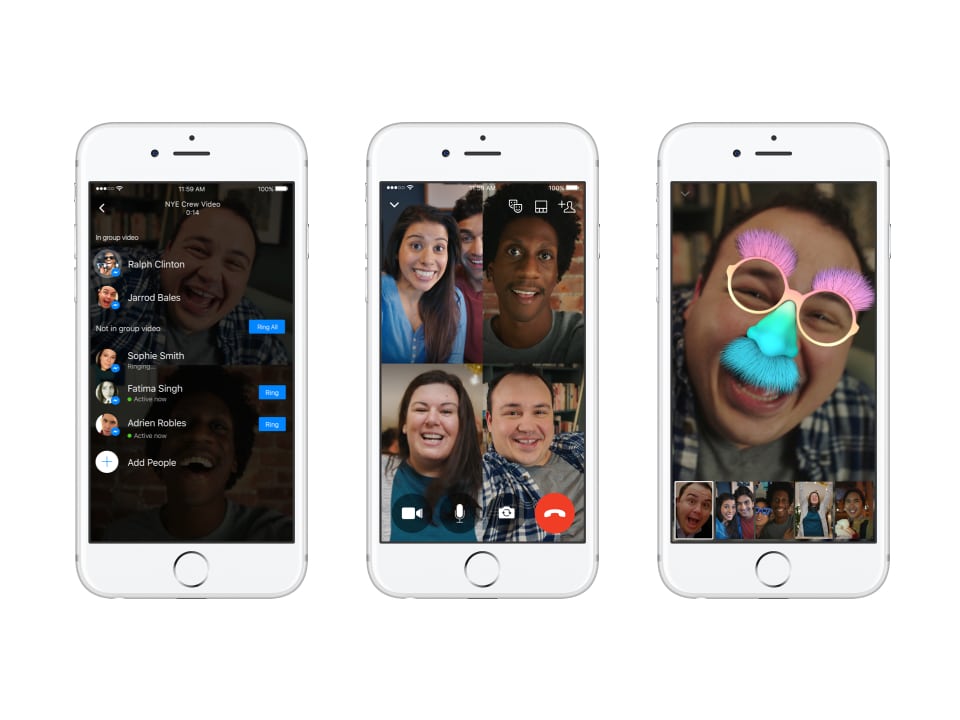 Skype, Houseparty, your days may be numbered: Facebook has now entered the arena. Its Dec. 19 announcement enthuses that “Chatting face-to-face live as a group is perfect for those spontaneous moments when text just isn’t enough… or when you have a major case of FOMO.” A few fast facts from that posting:

Group video chat has been a hotly anticipated feature, especially as updates over the last year or two have moved further in that direction; Messenger introduced group audio calls in April, one year after its introduction of one-on-one video calls.

This isn’t a technology Facebook has pioneered, of course (although it has beaten FaceTime, Snapchat and others there); Google Hangouts, for one, has allowed group video chat for years, but it has failed to become widely used, being perhaps too specialized an app. Facebook, on the other hand, has been steadily increasing the breadth of Messenger’s uses, having added the ability to shop, make payments between users, play games, manage credit card accounts, poll a group conversation, call an Uber and various other features.

To further flesh out the group video chat experience, Oculus is using Facebook’s API to bring the feature to its Gear VR virtual-reality goggles and will do the same with the Rift in 2017.

How will this feature affect your PR and marketing efforts? Join the conversation on LinkedIn