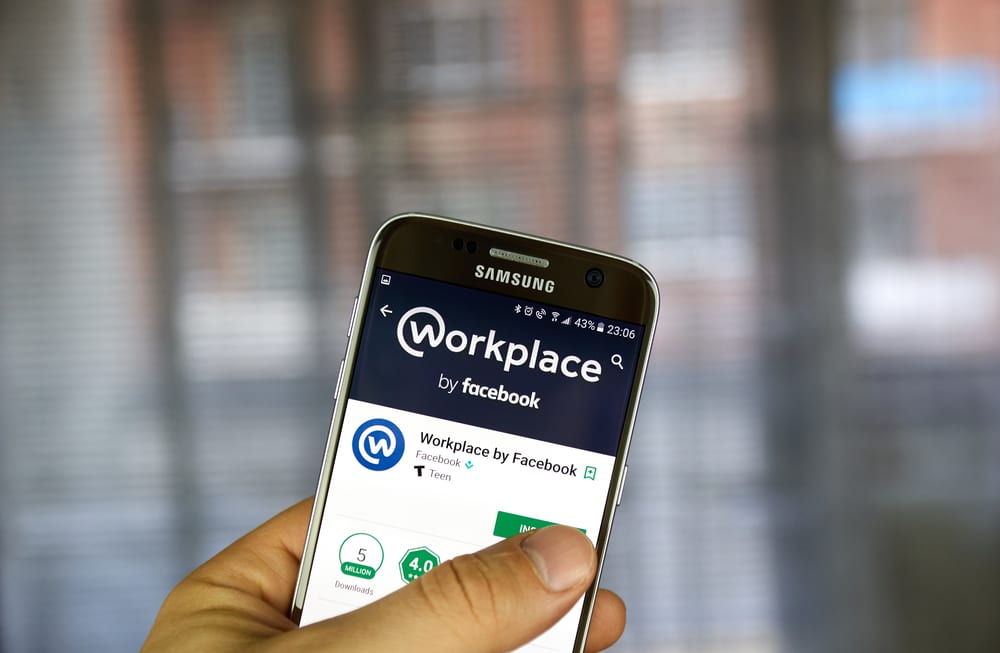 Facebook is separating Workplace from its main offering. Workplace, a suite of collaboration tools for Facebook’s enterprise clients, previously shared a domain with Facebook, but after security concerns around recent data leaks, has been given its own website property.

Facebook told Walmart, one of its top customers, about the domain change the day Facebook disclosed a security breach affecting millions of users, CNBC reports.

Below are three takeaways from Facebook’s orphaning of Workplace for social marketers to be aware of.

Facebook is making a move for Slack’s customer base. Like Slack, Facebook provides employees the ability to chat throughout the workday, serving as an “email-killer” for companies that consider email a source of slowdowns. But unlike Slack, Workplace has access to Facebook’s AI-fed news feed algorithm, which sorts the most important information to the top of a message feed. This helps users avoid scrolling through a long conversation to get the updates they need. Separating out Workplace from Facebook’s other offerings could give the service the brand boost it needs to compete with Slack for collaboration software dominance.

Another way of distancing Facebook from the News Feed. Facebook announced on Oct. 30 that it would be shifting away from the News Feed as a primary content distribution source, a logical move given News Feed’s role in disseminating fake news and radicalizing potentially violent actors. Similarly, Workplace’s problems stem from more than URL verbiage, said James Nickerson, lead instructor of digital marketing at General Assembly.

“Workplace doesn’t have a domain issue; it has a UX issue,” he said. “It looks identical to the general News Feed, and with its associated baggage.”

Workplace could oversaturate an already-crowded market. One of social marketers’ biggest challenges is the need to split their time between different social platforms, prioritizing those that play the most to their audiences. But Facebook’s renewed investment in building Workplace out as a solo offering could create a similarly fractured environment for collaboration software, said Nickerson.

“The real challenge in this space is for the customers of these platforms to sit down and make a decision on one platform,” he said. “Comms people aren’t used to going through software selection processes. As end users, we are drowning in technology that helps us communicate with coworkers. And when faced with too many choices on our desktop, we wind up not choosing at all.”