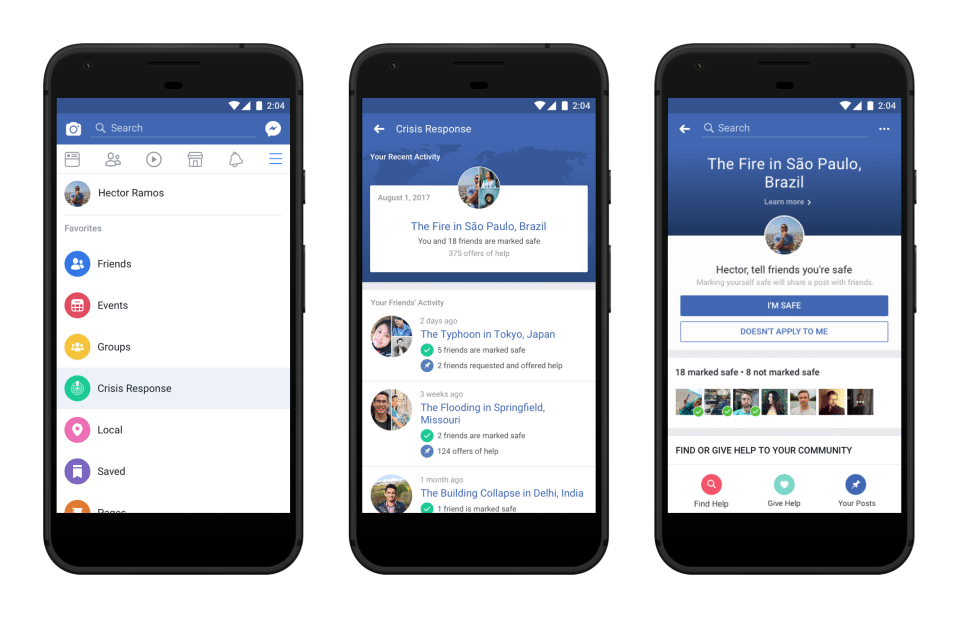 Facebook’s Crisis Response: A New Tool for Your Internal Communications

Facebook recently announced a new feature: Crisis Response, a center that brings its various tools and features for responding to tragedies and natural disasters into one place. Open Crisis Response, select one of the ongoing crises in the world and you’ll be able to:

This central crisis hub seems a natural step in the evolution of Facebook’s crisis tools, which began with the first major deployment of Safety Check after the April 2015 Nepal earthquake, was used the first time for a non-natural disaster that November following the terrorist attacks in Paris and was updated in 2016 to activate automatically when enough people started making posts about a crisis.

In the wake of hurricanes Harvey and Irma, many brands are realizing that they need to update their crisis preparedness protocols (or in some cases, create some). We’ve seen employees wanting to contribute their aid during disasters, and it can prove difficult to get important updates to employees and ascertain their status; integrating Facebook’s Crisis Response into your internal crisis communications, then, could be a smart move for some organizations. In lieu of or in addition to certain communications with stakeholders, you could ask them to check in on Facebook and get their important updates there. Note: Safety Check posts default to Public, so unless employees specifically make such posts private, you will be able to see their status even if you’re not friends on Facebook.