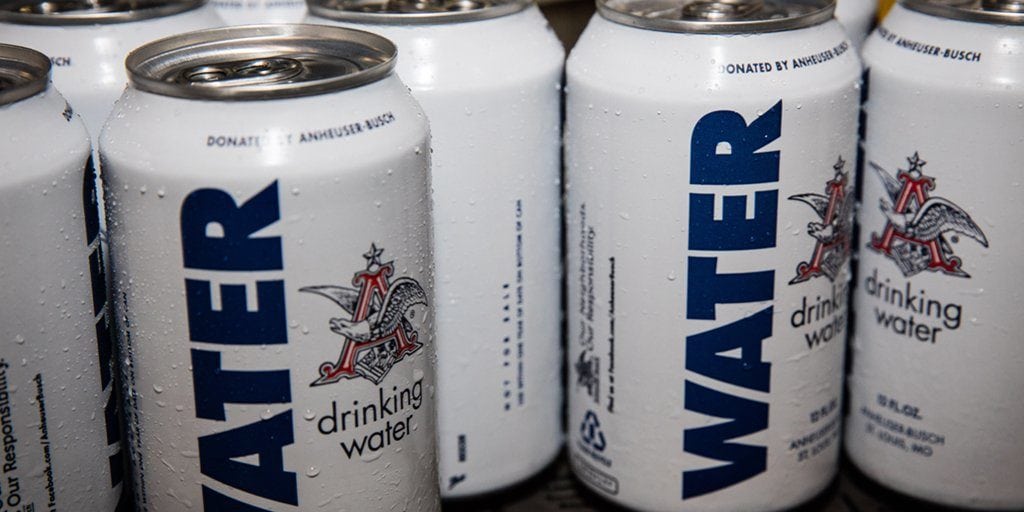 Doing good for people in times of need can be tricky for brands. If you draw attention to a tragedy too much or in the wrong way, the public might accuse you of trying to score PR points. (And some brands might be doing just that.) Sometimes it helps the cause to draw more attention to it; sometimes the classy thing is to remain silent and speak through your actions. It’s a complicated balancing act. Let’s look at how three brands are negotiating it:

The maker of Budweiser halted beer production at its brewery in Cartersville, Georgia to produce cans of emergency relief drinking water for Houston. @AnheuserBusch announced this with a single post copied to Twitter, Facebook and Instagram, followed by a press release announcing additional truckloads of water were on their way. The Twitter accounts of Budweiser, Bud Light, Michelob and other beers made by the drinks giant were silent on the issue, however—not even a retweet. The story got lots of press coverage despite the brand’s restraint on social, likely helped by a solid network of media relationships.

We're sending more than 155,000 cans of emergency drinking water to those affected by #HurricaneHarvey. Stay safe everyone. pic.twitter.com/Wc1YzQQA9M

Airbnb had a unique PR advantage in its Harvey efforts. It set up a page where users could offer their living space for free or request a free space to stay, waiving any service fees for those affected by the disaster (and did the same for the flooding in Mumbai). But because in this situation the real heroes were the people welcoming strangers in need into their homes, Airbnb was able to praise them instead of patting itself on the back.

Airbnb has activated our host community to open their homes for $0 for those evacuating for Hurricane Harvey. https://t.co/bSXZPgh1HE

On the evening of August 27, Southwest evacuated nearly 500 travelers and workers from Houston’s William P. Hobby Airport to Dallas for free. (Credit also goes to FAA and food service staff at the airport for combining forces to find solutions for the evacuees.) Although several news outlets covered the story, there hasn’t been a peep about it from Southwest: no press release, no social media posts, just apologetic updates about delays, cancellations and other service disruptions due to the disaster. If there’s karma in the PR world, Southwest is earning it.