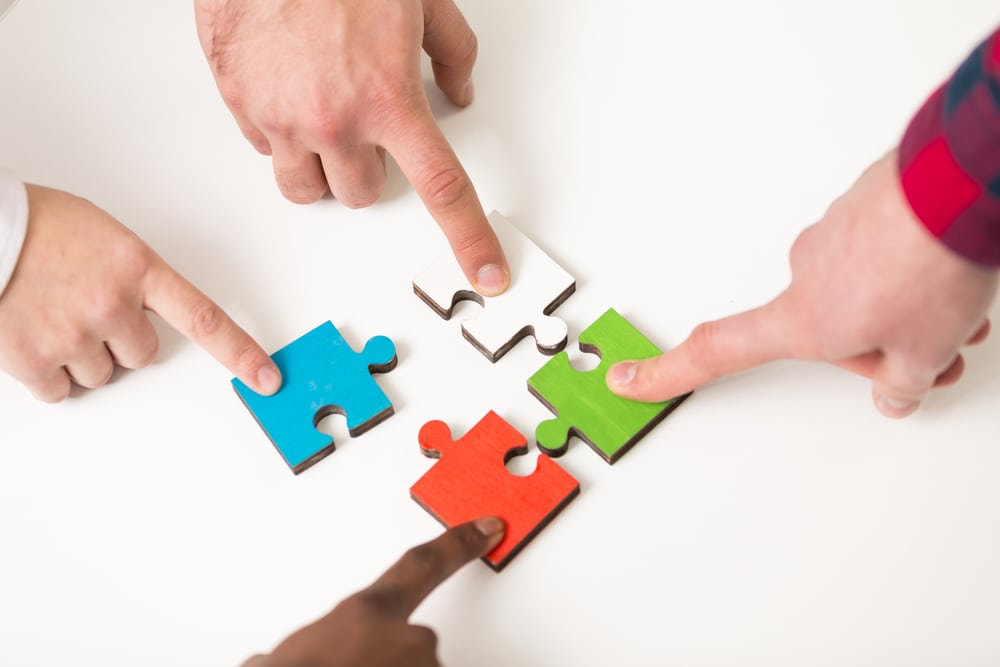 Social Commerce
Back to What’s Shakin’

How to Move From Multichannel to Omnichannel Marketing

We know there’s no such thing as a linear path to purchase anymore.

Even as early as 2012, Time Inc. found that digital natives—described as adults under 30—are switching platforms every other minute. They can literally be influenced at any time by any particular medium that triggers something in their psyche.

So, it’s not just a second screen that we’re battling for attention, it’s a second, third and fourth screen, and that has a tremendous impact on the way marketing teams need to be organized to reach their customers.

As marketers, we’re no stranger to multichannel. The word has been popping up in blog posts and industry jargon for the past 10 years or so. And when I think about multichannel structure, it reminds me of the lanes in a swimming pool. We line up all of our channels, give them marching orders, the gun bangs and they each swim off in their own lanes, doing their own thing. The problem is, there’s no mixing. None of the channels are talking to each other or collaborating because they’re each so focused on beating the other channels, on being more efficient and productive and bringing in more revenue.

Frankly, that creates a bit of a “Hunger Games” situation. Marketing dollars come to the table, and the individual channels practically claw at each other’s throats trying to get their hands on it.

So instead of multichannel, it’s time we structure ourselves more as omnichannel. Perhaps this is just a matter of nomenclature, but if multichannel means each channel is its own swim lane, then omnichannel is basically one big pool party.

It’s not as though channels never interact with one another. They’re working together all of the time, sharing creative assets and providing insights. They’re leveraging each other to make the whole greater than the sum of its parts.

In theory, an omnichannel strategy may seem simple, but the execution is more complex. Here are four considerations to keep in mind when thinking about how to shift your organization from multichannel to omnichannel thinking:

Every channel has its own timeline, none of which are quick: In enterprise, there is no such thing as planning early, and when you’re incorporating all channels into one master campaign, you’ll be incorporating multiple timelines and processes into your planning. Be prepared for that and plan early to avoid fire drills that will occur in the weeks leading up to a campaign launch.

Being physically colocated: Technology has catapulted the way we do business, but there’s no denying we spend far too long hiding behind computer screens, emails and IMs. Being physically co-located, to the best of your ability, fosters more off-the-cuff conversations, eliminates quick back-and-forth emails that could easily be answered from gophering up from your desk, and helps provide more clarity and context.

Learn more from Erin Everhart at The Social Shake-Up, which will be held May 22-24, 2017, in Atlanta. Brand communicators from Coca-Cola, Dunkin’ Donuts, Nissan, Arby’s and many more will speak on a breadth of topics from content marketing to measurement to Snapchat strategy.

Setting clear roles and responsibilities: With all of your channels having more open communication, it’s imperative to establish everyone’s clear roles and responsibilities to limit overlap and confusion. Who sets the strategy? Who’s responsible for reporting? Who’s responsible for communicating to stakeholders? Who’s managing the flow of the project to make sure all channels are hitting timelines?

Having one cook in the kitchen: Along the same lines of clear roles and responsibilities, establish accountability up front. Who’s the ultimate decision maker? Who breaks the tie when channels disagree? In a linear channel structure, it’s easy to get lost in a continual spiral loop unless you have a clear leader for the group.

Erin Everhart is the senior manager of media strategy and mobile at The Home Depot, Inc.