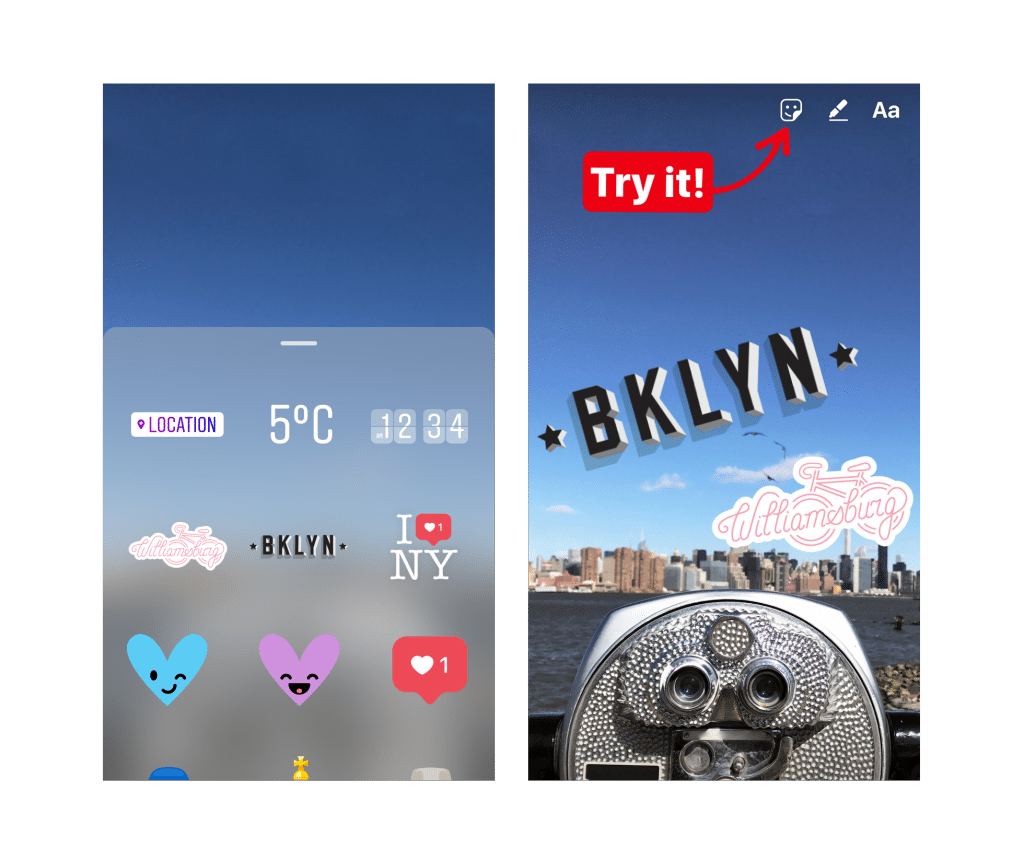 Instagram is not shy about its attempts to encroach upon Snapchat’s territory; it even copies the names of the features it’s aping. In mid-2016 it introduced Stories, and now geostickers have come to the platform, Instagram announced March 7. As on Snapchat, the stickers are customized to a particular location (at launch, only New York City and Jakarta are supported). A handsome man in front of the Statue of Liberty using Snapchat (left) and Instagram Stories (right).

Instagram Stories had launched stickers for holidays and even selectable locations in December 2016, but these new location-dependent stickers add a more exclusive feel that comes from actually needing to be in a place to use the sticker. Instagram says that “you may see other stickers appear when you’re visiting select neighborhoods and landmarks,” so it’s safe to speculate that a deluge of stickers for locations around the world will be forthcoming.

Communicators may also speculate that this might herald the coming of custom geofilters, a popular feature on Snapchat for those who want to target audiences in a particular place with promotional messages (and with a budget that doesn’t allow for purchasing ads on the platform).

For users, however, the missing puzzle piece is face-augmenting lenses, the super-popular Snapchat feature that Instagram Stories lacks—but perhaps not for long, if Instagram continues with its incursion into enemy territory.