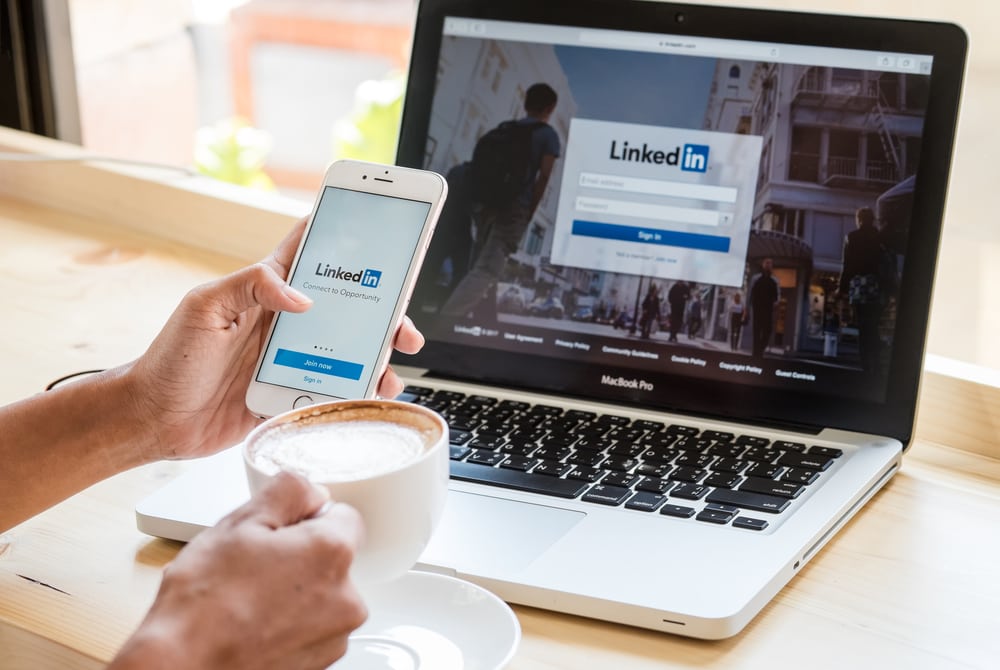 Companies are investing more in social media—though it remains a small part of the overall marketing budget—while LinkedIn has emerged as a key component of many social strategies, according to a recent survey conducted by the Social Shake-Up Show.

While LinkedIn is often considered just a hub for job hunters and corporate recruiters, the platform is positioning itself as a marketing engine as well. So much so that brands on average are putting more budget dollars toward, and seeing a better ROI from LinkedIn than other (dare we say sexier?) social media sites such as Instagram, Twitter and Youtube. When asked which social platforms are providing the best ROI, Facebook came in first, as expected, garnering 70.8 percent of the vote (note that participants could choose more than one option). But LinkedIn was a surprise runner-up, with 37.2 percent of social media pros picking it, above Instagram (35.7 percent), Twitter (25.5 percent) and YouTube (13.1 percent). Snapchat and Pinterest, meanwhile, were distant also-rans, each posting in the low single-digits (see the above chart).

LinkedIn currently has 546 million users, according to the company, and last year, it introduced a native video  feature. Anecdotal early returns from brands active on LinkedIn indicate the organic reach of video is outperforming expectations.

But even without branded video, lead generation on LinkedIn appears to be greater than on other social media sites, particularly for B2B companies. Perhaps that’s why 13.1 percent of our survey participants indicated the majority of their social media dollars are going toward LinkedIn, three times more than Twitter and over four times more than Instagram (see chart). Again, Facebook was the clear favorite, as expected,  gathering 77.4 percent of the vote. But unlike the previous question about ROI, participants could only pick one platform, and LinkedIn was a clear second.

The good news, though, is that companies are shifting more of their marketing budget to social media. When asked if the percentage allotted to social media increased, decreased or remained the same in the last 12 months, more than 66 percent of participants said it had increased, with another 30 percent saying it had remained the same. This survey of professional communicators from B2C, B2B and nonprofit brands was conducted in February 2018 and received 137 responses.