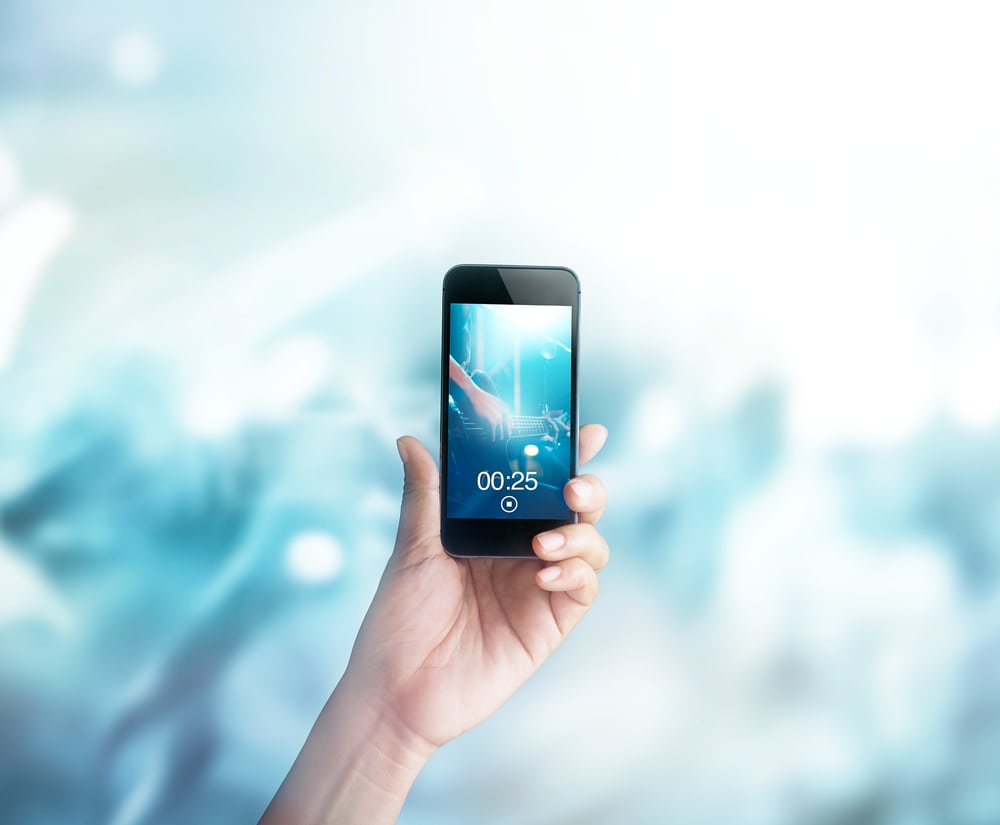 For many brands, the long-standing idea of creating video is saddled with caveats: Multiple cameras, boom mics, flood lighting and so on.

But as live video has surged into the mainstream, your fans are becoming increasingly comfortable with video that looks and feels less like a highly produced (and expensive) movie and more closely resembles a conversation.

Sure, a blossoming industry of tools is making it easier for all of us to produce video with a professional touch. But in reality, the only tool you need to create a live video fits in the front pocket of your jeans—a smartphone.

One look at Facebook’s nationwide advertising strategy shows how they envision most live video: A mom standing over her son in the dentist’s chair; a dad pointing his phone through a glass door at a lightning storm; a co-ed in the crowd at a sporting event. The vast majority on social media will use live video to share moments like these—not to create a meticulously orchestrated song-and-dance (check out this quick instructional commercial from Facebook). The evolution of handheld devices has made all of us videographers, yet so many brands get caught up in insisting on pristine production quality—often resulting in big-time costs from video agencies—that they never get off the ground.

Brands should always remember that most of their fans are not on social media to see them—they want to see their friends. Using “scrappy” live video that visually resembles what their friends might create is a great way to bring your brand back to earth.

Every brand has a story and that should be the reason your content stands out among your fans, not production values. If your brand doesn’t understand its story, it should be focusing on issues bigger than a social video strategy.

The people you task to go live on behalf of your organization should be employees (or well-trained influencers) who are often in the public spotlight anyway, so they’ll understand what they can and cannot say. If you’re frightened that this person might say the wrong thing while you’re live, you’ve probably identified the wrong spokesperson.

Looking for a deep dive into all things social? Check out the program and speaker roster for The Social Shake-Up, which will be held May 22-24, 2017, in Atlanta. Brand communicators from Coca-Cola, Dunkin’ Donuts, the Atlanta Hawks, Arby’s and many more will speak on a breadth of topics from content marketing to measurement to Snapchat strategy.

But with that in mind—don’t overthink it. One of the worst things you can do on a live video is make the subject feel like they are muzzled in some way. There’s no reason that person should feel any different than if they were representing the brand at a public event.

Once you’ve got that first live experience under your belt, take some time to re-watch and learn from your mistakes (yes, it’s okay to make mistakes).

Perhaps you’ll want to invest in certain tools to improve your video quality. My experiences have led me to purchase a handful of gadgets—but your needs will be specific to you.

And of course, there’s much more to a live video strategy than simply pressing the button (how best to create a live strategy is a whole separate subject). But once you have a plan in place, equipment—or lack thereof—should in no way be a barrier to entry.

Chris Strub is the first person to live-stream and Snapchat in all 50 U.S. states, having taken a 100-day solo journey in the summer of 2015 to work with youth-related organizations nationwide. He’s the author of “50 States, 100 Days: The Book,” a former social media consultant with Humana and a speaker at The Social Shake-Up 2017 in Atlanta. For more about Chris, visit TeamStrub.com.