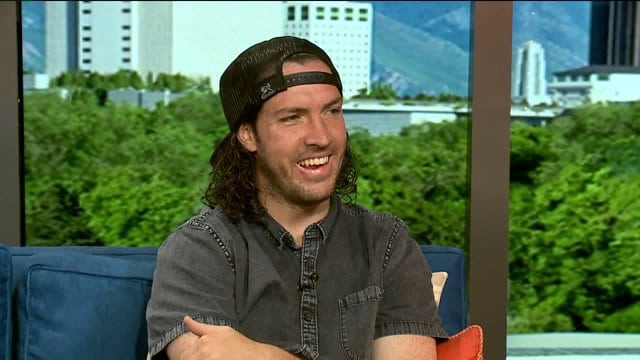 There were things old and new during the sold-out 2017 Social Shake-Up Show’s opening general session Tuesday in Atlanta. The new started right away, as six members of the Alpha Rho step dancers of Morehouse College literally kicked off the show with a rousing performance.

The source of the traditional was a surprise: Influencer, entrepreneur and Snapchat pioneer Shonduras (aka Shaun McBride, see photo). While Shonduras had much new to say about social media, he advocated using many techniques that have long dominated PR and communications, further proving that social media is not a fad but is a valuable new tool for communicators.

Shonduras used his personal journey with social media as the connective tissue of his presentation, relating points about how to tell your brand’s story on social media with things he’s done during his career. While still in college he tooled around on Facebook, attempting to sell snowboards and skateboards on the platform. It was a dud, as he realized only mothers were on Facebook at the time, which was about 7 years ago. The lessons he learned at that point were about knowing and engaging with your audience. Since his audience was mothers, he sold jewelry on Facebook and “built a community with moms” through giveaways, as well as engaging with the ladies by asking them to name his various jewelry lines. His following grew.

After selling the jewelry business profitably and paying his college loans, he heard about a platform called Snapchat from a younger sister. “I really didn’t know what it was,” he admitted. Playing around with Snapchat he learned another lesson that’s a hallmark of PR: If you want to be noticed, you have to think outside the box. He did, proposing that brands could operate on Snapchat. A pretty decent brand called Disney reached out to him and Shonduras proposed doing branded stories on Snapchat and using geofilters. His following continued to rise.

At the time, snaps disappeared in 24 hours. Shonduras wanted permanency, so he again thought creatively and wrote to mass media in his mother’s tone (he felt that would stand out, he was right) to solicit interviews and column opportunities for “my talented son.” That worked and Shonduras gained a measure of permanence on Google searches through the articles and blogs done about and by him. Eventually he also found permanence with YouTube videos.

Another example of his out-of-the-box thinking is his advocacy of micro-influencers. “Don’t be bummed that you don’t have a huge influence,” he told attendees. Micro-influencers may have “100,000 followers, not millions,” but they likely have a much deeper connection with those followers than macro-influencers. In addition, micro-influencers have followers who are “super engaged,” and they often will have “the right reach” for smaller and midsize brands, he says. Plus, micro-influencers usually don’t seek excessive fees. “A free pizza” might do the trick as compensation.

Another takeaway (or shakeaway) from Shonduras: Never tell followers to “go check out my video on….” Instead, he urges communicators to give followers “a reason” to watch that video. “Tell them, ‘I have a lot of friends and followers. I want you to have more, too, so go to my video, comment on it and like it.’”

In these lessons and takeaways, Shonduras dovetailed perfectly with an opening presentation from Evan Kraus, president, COO, APCO Worldwide. Kraus emphasized the tribal nature of social and concluded by noting 3 critical takeaways: Do you know who your tribes (audiences) are? Do you know who your most powerful influencers are? And, most importantly, how do your audiences and influencers feel about you and your brand?

Registration is now open for the 2018 Social Shake-Up in Atlanta.