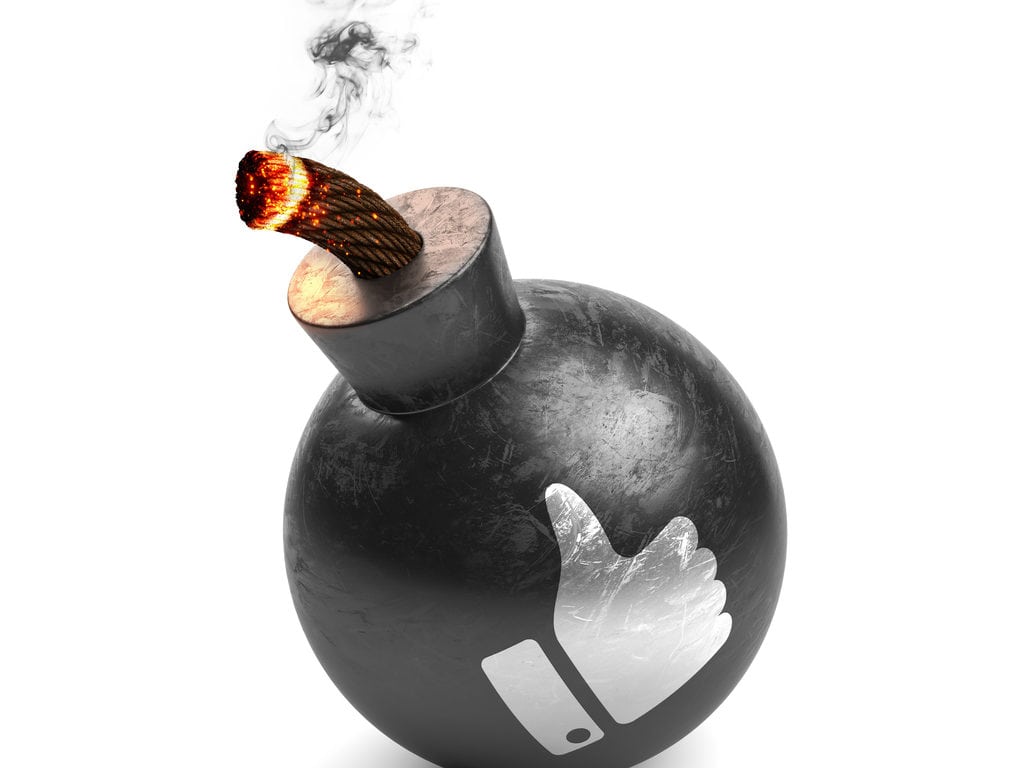 Why You Shouldn’t Freak Out About Facebook’s Algorithm Change

Unless you’ve been hiding under a #rock, you know that Facebook essentially announced that it was going back to being a social network, prioritizing posts from friends and family in the newsfeed.

Why? Because marketers ruin everything. We can’t help it. We are our own reason for why we can’t have nice things.

Folks, the Reachpocalypse happened years ago. Remember when your only goal was to get as many followers as you could to put your fancy marketing content in front of Facebook users? And after you spent all that money and time, Facebook announced an algorithm change, which meant that only about 16% of your audience would see your posts.

We wrote the same articles, went to the same therapist, we came to terms with it. OK, 16% was still good. Let’s get more followers so more people will see our fancy marketing content.

Then it hit again. Facebook saw data that continued to confirm that NO ONE WANTS TO SEE OUR FANCY MARKETING CONTENT! They cut organic reach down to 1%.

So, there’s no reason to start freaking out now. Social media isn’t free. It never has been. It was either spend money and resources creating really, really good content or pay to play.

This Facebook change cuts the wheat from the chaff in the social media job market. If you don’t create content that your network wants to share with friends and family, you’re a media buying agency. The best social media marketers have understood this even before the Reachpocolypse. Social has always been about a two-way conversation. It’s a pull medium (meaning you’re pulling people into a conversation) rather than a push medium (you say what you want without listening at all to what your followers want.)

This is why Facebook Live videos defy the new algorithm change. They’ll show up in the news feed more often, because they create an instant relationship and invite engagement. Don’t worry, marketers have already begun to ruin these too, with “watch-bait” live videos that are on continuous loop of polls or countdowns. Facebook’s machine-learning algorithm is already combating those.

If all you want to produce is fancy marketing content, Facebook ads are still there for you. Yes, you have to pay. And yes, you’ll find that you have to pay more because people don’t want to be marketed to. If you optimize those ads, however, with compelling content—boosting posts that are newsfeed unicorns and already get engagement, you’ll find you’ll have to pay less for them.

What you should really be freaking out about is the latest Instagram algorithm changes (unannounced officially, but if you’re watching closely, you can see they are there.) That’s because the Gram-ers don’t like fancy marketing content either and Instagram (owned by Facebook) is taking hints from its mothership.

Carmen Collins is the social media lead on Cisco’s Talent Brand team, and was recently named a 2017 Digital Communicator of the Year (while also winning the 2016 Social Media Professional of the Year) by PR News. Over her career, she has helped several Fortune 500 companies engage with their audience through great content and building relationships.