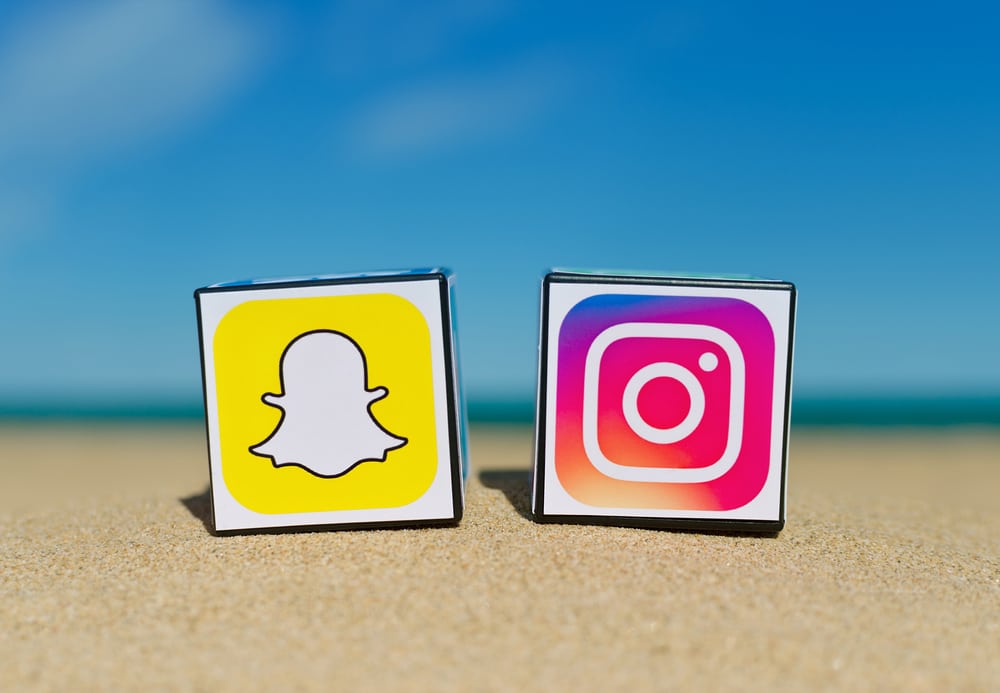 All’s fair in love and war with the big social platforms. They steal each others’ ideas all the time.

Among the most egregious examples of this occurred when Instagram co-opted Snapchat’s self-destructing video messages under a new name, “Instagram Stories,” in November 2016.

Now, in a move that escalates the rivalry between platforms, Snapchat has copied Instagram’s “mentions”—a feature that allows users to tag a friend’s fellow Instagram account with the now ubiquitous “@” symbol. Snapchat’s version of the feature asks users to swipe the “more” option, displaying the name of the person tagged, their handle, a Bitmoji and an “add” button to follow their account.

Snapchat confirmed to TechCrunch that the feature, which was discovered by prominent Snapchatter Matt Rappaport, is being tested but has not been rolled out yet to all users.

You can finally TAG people and instantly add them on @Snapchat FOR THE WIN!!!!

The biggest omission in this new feature: It doesn’t allow users to search for other accounts while constructing the mention, meaning that for now you’ll have to know and enter the handle of the account you wish to tag by memory. That will likely change when the feature is rolled out to all users.

Rappaport noted Instagram’s introduction of a new sticker for mentions on Stories, suggesting that the timing was curious.

Curious timing as it comes just a day after Snap tagging launched?!@JoshConstine@kerrymflynn@MattNavarra@AnthonyQuintano@MEGra18@mplatco@salliasnap@cyreneq@erikconover@Brettconti92@flexiblefoodiepic.twitter.com/X3GCJfkf20

Will the one-upping never cease? Considering that Snapchat now shares analytics and insights with its network of influencers, its addition of “mentions” feels like another feature that will allow the platform to function as a serious tool for communicators.  And considering that the company will lay off over 120 engineers this week, it’s possible that the company might be content to continue beefing up its interface with innovations that already exist elsewhere.