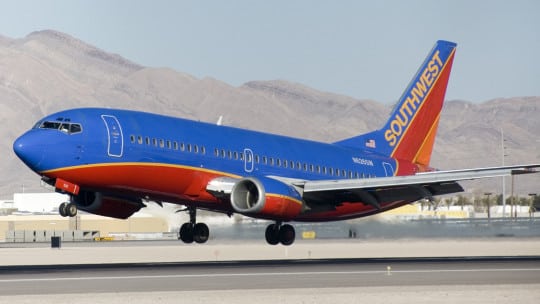 Internal Communications
Back to What’s Shakin’

I’ve written before about where social media should live in your organization, and the answers varied from customer service to digital marketing to marketing communications.

A few days later, I sat down with Linda Rutherford, CCO of Southwest Airlines, to get her perspective on how the airline dealt with the same question. To her, the question centers around how an organization approaches customer engagement.

From Many Voices, One Strategy

A few years ago at Southwest Airlines, every department started to do social media on its own and there wasn’t a cohesive strategy, corporate governance or organizational structure to support those diverse social media efforts, nor was there a budget to fund social media at large. Without an accountable executive to oversee the engagement tactic, it was a bit of a Wild West. That’s where Rutherford came in.

As the head of communications, she’s neutral relative to the product groups and various other Southwest departments. Rutherford sees her role as a service department that can facilitate a strategy and ensure that all of the relative talent can stay on task and on budget.

That being said, she still feels like she is occasionally playing “whack a mole” in trying to get independent operators in line with the corporate strategy. This is something many top companies struggle with still, even though social has been around for more than a decade.

Rutherford credits her team with being able to manage this strategy in part because of the culture and values of the Southwest organization—a factor that often plays a large role in determining social strategy at most organizations. “A more conservative organization might have social come from legal or human resources; others might see it as purely a content marketing play and have marketing own it,” says Rutherford. “I’m proud that Southwest had the vision to create an enterprise-level function with multiple players and dotted lines back to operational units, while still maintaining a master strategy.”

She credits Southwest’s general culture—friendly, engaged—as being a core component of its overall communications and social strategy. And, because of this cultural approach, it made sense for social media to sit with the people who could be friendly, engaged and informative for the customer. At Southwest, the customer is paramount and social isn’t a marketing channel for customers, it’s a means of continuing a relationship with each person.

For those organizations continuing to struggle with the question of where social should sit, Rutherford recommends looking deeply at culture, operating across team lines and making sure the customer’s experience is paramount. Whomever best understands the needs of, and can best talk to, the customer should be the owner of the channels.

Ultimately, a key component of Southwest’s organizational DNA is the customer, something brands should consider as they think not only about traditional social media but more broadly as influencer marketing and other practices pop up in the workplace.

Kristina Libby is a professor at the University of Florida, the CEO of S.W.C., a digital marketing and communications consulting firm, and the co-founder of SoCu, an influencer marketing platform in Dallas, Texas. She recently published her first book “You Don’t Need Social Media Unless You Are Doing It Right,” and has written for and appeared in publications like Cosmopolitan, Entrepreneur, More, Forbes, the Los Angeles Times and others.