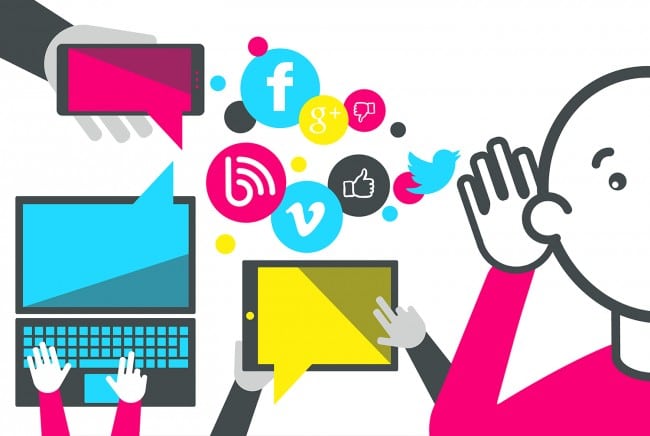 It’s a new year and you’ve resolved to measure more of your communications efforts than you did in 2017. Excellent. Before you get too far into it, though, it’s wise to huddle with senior leaders and agree on what should be measured. A new LexisNexis/PR News survey shows the metrics communicators focus on to indicate social media success aren’t quite the same ones senior leaders deem most important.

In addition, 2018 might be a good time for brands and organizations to resolve to formalize their social listening procedures and what happens should a trend or issue be spotted via social listening.

While social listening has become a priority for many companies—as it’s acknowledged to help stave off crises, or at least give brands early warning of potential issues—more than one-third (36%) of those surveyed report their organizations lack a formal process for social listening and responding to customer service complaints or comments.

The survey found that nearly half (48%) of all organizations use social media monitoring primarily to benchmark share of voice and engagement—only 16% said customer service was the main focus of social listening. And just 7% deemed crisis management the main goal of social listening.

Of the 36% of organizations that said they have no formal social listening process, a lack of resources was tabbed as the main culprit (51%).

Designed to gauge attitudes and practices regarding social media platforms, the LexisNexis/PR News survey queried more than 250 PR pros and brand communicators during the fourth quarter of 2017.

“Social media is such an essential asset in today’s communication toolkit that we wanted to dig in to [see] how the industry’s experts are utilizing its potential,” Leela Hauser, LexisNexis’ global marketing director of media intelligence, says.

When asked which communications trends will define 2018, influencer marketing topped the list at 24%. The need for better measurement, at 22%, was a close second.

“It’s not surprising that influencer marketing tops the results for important trends in 2018,” Hauser says. “It’s proven to be a meaningful method of communication, and one that hopefully becomes even more mutually beneficial as the practice evolves.” The lack of use of social for customer service and crisis management or at least crisis spotting, though, is surprising.

On the other hand, a lack of preparation for crisis is in line with earlier studies. Another PR News survey, from March 28, 2016, showed nearly half (48%) of 350 communicators surveyed said their organizations lack a crisis communication playbook. Responding to another question, just 50% said their organizations were “adequately prepared to manage crises effectively.”

Lack of Agreement With the C-Suite

In terms of which metrics were most important to PR pros compared to those deemed critical to senior leaders, there was a slight disconnect. The survey says communicators consider views and impressions as the most important metric (27%), followed by shares (17%) and website traffic from social media referrals (14%).

When communicators were asked about which metrics were most important to senior leaders, website traffic came in a close second to views and impressions, while leads and followers tied for third, with each registering 14%.

The survey also polled which social media channels were most important to communicators professionally—and which they personally use the most.

Facebook still reigns as the most important social media channel for communications pros, both personally (48%) and professionally (56%).

While Twitter came in second on both counts, the survey found that LinkedIn has become a strategically important channel for brands and clients.

LinkedIn began as a platform for job seekers and recruiters, but only 7% of respondents indicated that LinkedIn was the platform they spend the most time on personally. Yet, 17% of respondents deemed LinkedIn the most important channel for their brand.

Another discrepancy concerns Instagram. While only 5% called it the most important platform for their brand and client work, 17% said they spend the most time on it after business hours.

Media fragmentation was another focus of the survey. When asked which channels they turn to daily for news, traditional media outlets came in first (16%), but just barely—14% said their news comes from email newsletters, and 13% turn to social.