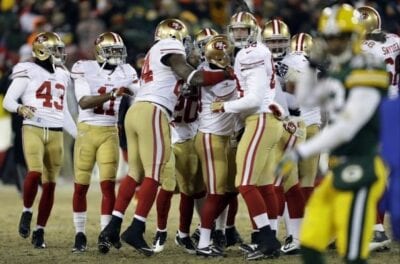 Uncategorized
Back to What’s Shakin’

Takeaways from Another Social Media Victory for NFL Players

This is a communication story disguised as an in-the-weeds sports story. NFL training camps should begin July 28, on time. Early this morning, media reports said the NFL agreed to cancel all pre-season games. Yesterday, the league said it will test players daily for COVID-19 during training camp. Originally, it planned to test less frequently.

The NFL made its concessions following a weekend social media blitz from star players. The idea for the PR effort came from a player, not a PR pro. Miami Dolphins cornerback Byron Jones suggested the move Sunday, a source told ESPN’s Dan Graziano.

Importantly, Jones emphasized getting out an external message that the players want to play. Still, they want the league to make certain camps are as safe from COVID-19 as possible, ESPN reported. In addition, the message should ensure “that it isn’t about players just looking out for their money or not wanting to show up for camp,” ESPN’s article said. That was an excellent statement.

The players’ union says it didn’t coordinate the social media campaign or instruct players to join the effort. It admits, though, its lawyers fact-checked messages prior to players posting them. The social effort was a smart move smartly executed.

I am concerned.
My wife is pregnant.@NFL Training camp is about to start..

We want to play football but we also want to protect our loved ones. #WeWantToPlay

In their posts, the players followed Jones’ suggestion. They communicated grievances while trying to make themselves seem relatable. Their employer, the NFL, mandated they begin attending training camp in late July. Yet the league, the players said on social, had yet to lay out clear plans that ensured the camps would be safe.

In fact, the NFL has a reopening plan, writes New York Post sports columnist Steve Serby, “It is an elaborate plan. But a big part of the problem is that the league, for whatever reason, has not effectively communicated that plan to the players.”

(An obvious PR takeaway: Make sure your plan for reopening is communicated clearly to employees.)

The players’ social tactics were clever.

Once again in the interest of keeping everyone (players & fans) as informed as possible, here is an updated list of what we as players know and don’t know as the first group gets set to report to training camp tomorrow.#WeWantToPlay pic.twitter.com/xQcjs33zgM

Be Careful on Daily Testing

That the tactic succeeded is even more impressive considering the facts. Most of the players posting on social last weekend are millionaires and privileged.

For example, while theirs is a profession where close proximity to fellow players is unavoidable, receiving daily coronavirus tests separates them from average football fans. “There can be a negative push back from the public who still do not have such access to testing,” said Gil Fried, chair, professor of sports management, Pompea College of Business, University of New Haven. Indeed, in many parts of the country, testing remains problematic.

Using a direct appeal on social to the public and, especially the league, also was smart. Recall how a video on social from a slew of star players was part of several events that pushed NFL commissioner Roger Goodell to admit the league failed to listen to players on racism.

Still, the season isn’t a sure thing. Concerns, Fried says, go beyond the players. A broadcast crew normally consists of  100-plus people. What about testing for them? What about coaches, media, photographers and referees? “There are numerous sub-issues that need to be considered,” Fried says.

Seth Arenstein is editor of PRNEWS and Crisis Insider. Follow him: @skarenstein