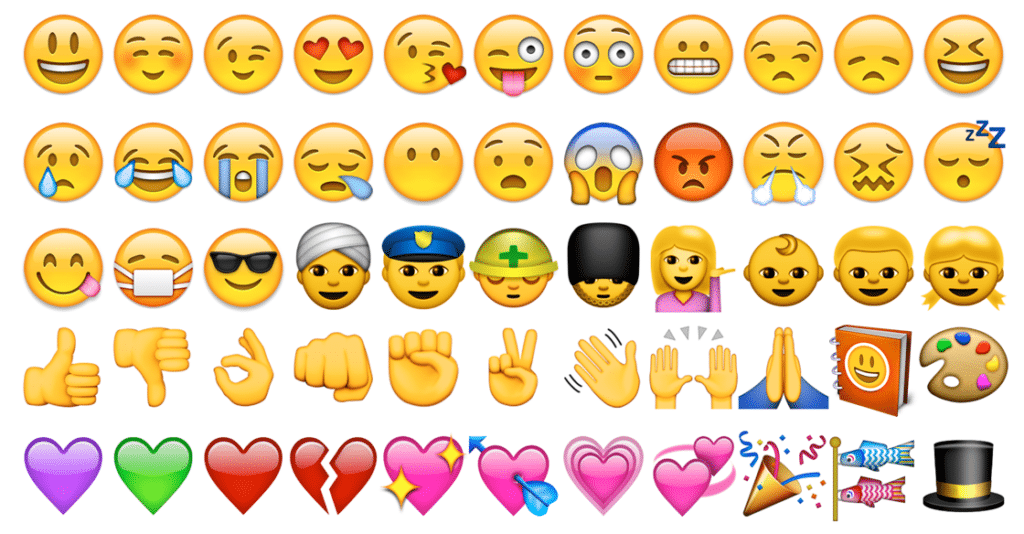 To Use Emojis on Social Media, or Nah?

If you’re in charge of a brand Twitter account, the idea of using emojis has probably been floated, and probably at least one person in the room has grimaced. Sure, people use them constantly and you want to be in touch with them, but coming from a brand, emojis can seem desperately phony (see headline for verbal equivalent). But there are brands that pull it off quite well. For an education in what to do and not to do, let’s look at a few cases.

Chevrolet‘s #ChevyGoesEmoji campaign tried too hard. Instead of simply using emojis, they trumpeted their love of emojis, announcing “look at this new thing we are doing!” which seemed to many a transparent attempt to align themselves with youth culture. The lesson here: don’t make emoji use into a campaign. Just make it an organic and unremarkable part of your discourse.

Hillary Clinton has been mocked for her occasional use of emojis, a criticism stemming from the perception that they are below a candidate for the nation’s highest elected office:

How does your student loan debt make you feel?
Tell us in 3 emojis or less.

Twitter can be a tough crowd. What’s the secret to success with emojis? First, it may be no coincidence that the brands with the best results are budget-conscious food brands, which are already part of young people’s lives, in contrast to being outsiders trying to use emojis as a crowbar to pry their way into the youth market.

We can’t wait for the party to begin. Head to https://t.co/hfLFutiSd8 at 9 a.m. PST tomorrow to celebrate our birthday. ??? #TBGiftSwap

We need your help making a few decisions. Add “tacobell” on @WishboneApp or @Slingshot_App now. ?

Emojis are just the tip of the iceberg for the Denny’s Twitter account, which reads like a madman’s compendium of surrealistic haiku. Denny’s doesn’t actually deploy emojis all that often (relying instead on in-touch yet far-out humor) but when they do, it’s well received:

thought this was an omelette ?

Like Taco Bell, Dominos is lucky enough to have an emoji that is perfectly suited to their business. They employ it liberally, sometimes simply creating wordless works of emoji art:

So: Is your market naturally youth-aligned, and does your brand naturally lend itself to informality? Go ahead and dive in. Are you a retirement account provider, a cancer-awareness nonprofit or a funeral home? Think twice. Think several more times, while you’re at it.