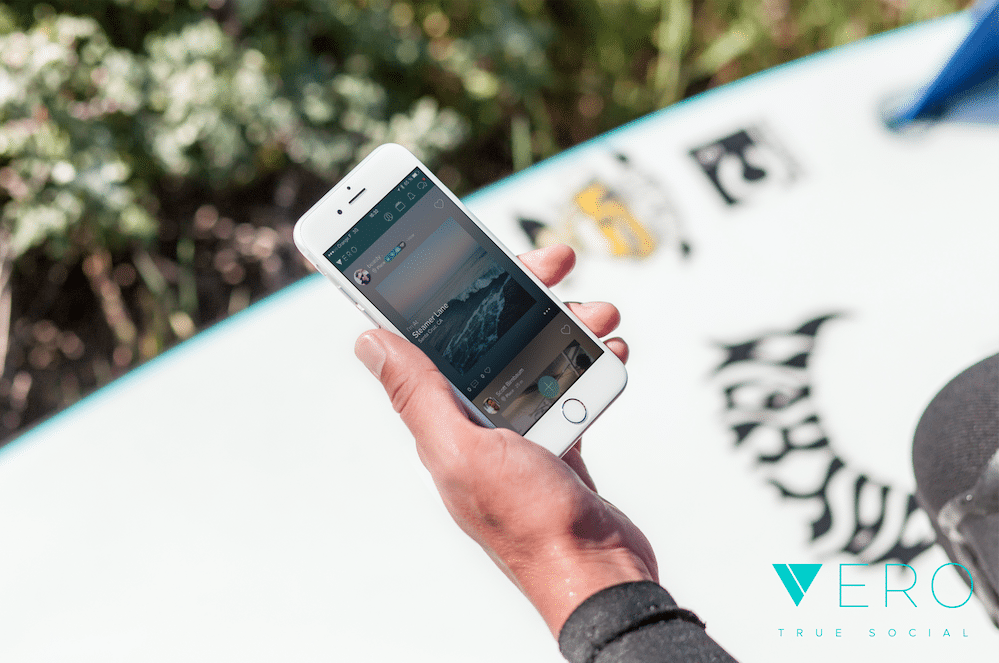 Do social media giants Facebook, Twitter and Snapchat have a viable, upstart competitor? Vero, launched and funded by billionaire Ayman Hariri in 2015, has found overnight popularity by offering free accounts to the first 1 million users, making it the No. 1 social media app on iTunes as of the morning of Feb. 27.

Whether or not Vero will have any staying power on the market—unlike previous apps like Ello, Peach and Google+—remains to be seen. But it appears that the company has picked its moment carefully, banking on the backlash against Facebook’s response to their Russian troll problem and Instagram’s much-maligned algorithm to rise in power and bring an influx of new users and news coverage.

What does this mean for brands? Is it worth investing time and money into marketing on Vero now, or will it fizzle out like the others after the initial buzz dies? And if it does remain popular, how can communicators use the app’s design to their advantage?

There are two major features that differentiate Vero from the competition:

Vero’s manifesto states that they want to create a “more authentic” social media platform that “[makes] our users our customers, not advertisers.” The app hopes to stay ad-free by eventually charging users who sign up after the first million a small annual fee. It’s worth noting that most of the major social platforms also touted no advertisements when they first launched, so it’s possible this may change in the future. Vero doesn’t provide information on its users to third parties either, which may seem like a downside for brands.

However, companies can still create accounts and post content with external links, which is not allowed on Instagram (seemingly their main competitor). Brands can also pay extra for a “Buy Now” button, though Vero will take a cut of any sales that come through their app. Since Vero’s selling point seems to be that people can be their genuine selves—the name means “truth” in Italian—influencers may want to stay away from standard marketing language common to paid advertisements to better connect with followers.

The biggest difference that seems to be drawing users to Vero is that unlike other platforms it doesn’t use an algorithm to push posts based on popularity. Everything is presented in reverse chronological order, which is attractive to micro-influencers and smaller companies that have found their content overshadowed by larger brands that can afford paid promotions on Snapchat and Instagram.

Communicators can capitalize on this by posting more frequently than they might on other platforms, since followers will see all content based on the time of posting and not on which get the most likes and shares.

Vero seems to be struggling to keep up with the flood of new users, but if it can get its servers in check could they really compete with Instagram and Facebook? Forbes contributor Paul Armstrong points out that “it’s all [been] seen before. Advertising is a necessary evil and without it—even with a firm subscription model—anything is unlikely to do anything other than burn money.” So perhaps the question isn’t whether or not Vero can endure this initial upswing, but whether it can survive long term without adjusting its business model.

The bottom line is that brands shouldn’t shift dollars and time from Instagram to Vero just yet. Instagram is a solid platform that isn’t going anywhere, even with the complaints about its algorithm. But they should keep an eye on Vero’s performance in the coming months, because if the current numbers mean anything it may benefit them to add the app to their social media strategy in the future.