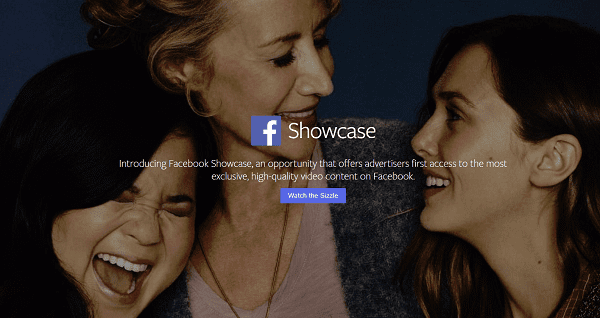 What Social Marketers Need to Know About Facebook ‘Showcase’

This week, Facebook announced the launch of its “Showcase” feature, a program that allows brands to advertise on popular Facebook Watch videos. While the feature is referred to as a “premium video ad program” (read: big-ticket item), it’s important for brands of all sizes to note the direction in which Facebook’s advertising business is headed. Here are some takeaways from the feature announcement for brand marketers to be aware of:

“In-Stream Reserve” offers ads at a fixed cost—with some help from Nielsen. Insertion orders for Facebook Watch ads will be pre-paid as a fixed fee, rather than a cost-per-click or cost-per-view. This means advertisers will need to trust Facebook to deliver content to the large user base it promises. However, given that brands’ trust in the platform is weaker than ever, Facebook has recruited a third party to verify reach: Nielsen has been tasked with authenticating and measuring reach for target audiences. If your brand decides to make a big investment in Facebook Watch this year, as opposed to, say, a national television ad placement, the senior executives holding the purse strings can be assured that Watch video ads will be measured using the same technology as television ratings.

Ad offerings break down by interest. While Facebook is careful not to promise micro-targeting that could place it in muddy waters with consumers, it will allow advertisers to choose placements in areas including sports, fashion, beauty, entertainment, food and news. This is good news for brand marketers who have a good handle on their target demographic’s consumption habits. A football helmet brand probably doesn’t want to shell out advertising dollars to be featured in a makeup tutorial video, even if that video reaches millions of viewers.

Sponsoring specific programs helps to raise brand profiles. Brand marketers who specialize in video have told us time and again that the most effective video content contains minimal branding. Take, for instance, Green Buzz Agency’s successful campaign for Cricket Wireless, which documented a local nonprofit that shared the retailer’s mission—without overloading viewers with Cricket’s branding throughout. Facebook Showcase offers the option for big brands to sponsor an entire Watch series, raising awareness for a brand without interjecting an ad in the middle of a video, which might turn some viewers off. This is key for brands hoping to reach younger viewers, as Generation Z and millennial audiences are known to tune out advertisements online.

Whether or not Facebook Showcase will be accessible from a budget perspective for most brands remains to be seen. However, social marketers should prepare for an era where their advertising dollars could be better spent on digital advertising than on television as the audience for the latter dwindles.